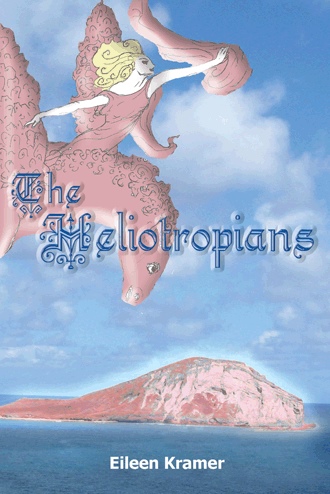 For Jason and Marius, the word “exciting” doesn’t exist in their world. They seek to travel to Old Earth to see what the world looked like before ice covered most of it and before the sun had grown pale. The elders remind the two time travelers that no one has attempted this journey in the last 500 years; the last group never returned. Even though this trip to the twenty-first century is wrought with danger, Jason, Marius and six others of Heliotrope’s brilliant souls travel to this strange world of contrasts, grim realities, fantastic happenings, and far more magic than in their own idealistic Heliotrope. After their arrival in Old Earth, members leave the group to pursue their own lives and their own interests—facing an array of challenges and triumphs—as Jason, a disembodied spirit, tells their stories. The centuries of living in Old Earth have not left them without the pain of love and life. Before returning to Heliotrope in time for the Light Festival, the eight friends must cast off their emotional scars. The centuries have passed quickly, and in Paris they must solve their dilemmas before their return.

Eileen Kramer grew up within sight and sound of the Australian bush. Her memories of childhood are of nature—the loud laughter of the kookaburras, tadpoles turning into frogs, the magical progress from stalk to leaf of fantastically patterned horned caterpillars, and the sight of glorious pink parrots flying in flocks against the blue skies. Holidays were spent either driving through the country or cruising in the Astoria, the family boat, along the coast of New South Wales, swimming in sheltered bays. Given to dreaming too much, she was not a good pupil and left school as soon as possible (age fourteen) to go her own way. Her mother led her to the Sydney Public Library, where she chose the books she wanted to read. She was interested in biographies about people like Cleopatra and famous opera singers. At nineteen, she enrolled in the Sydney Conservatorium of Music. She studied theory of music, piano, and singing. After attending a performance of modern expressive dance by glamorous Viennese dancers of the Bodenwieser Dance Company, she enrolled in the Bodenwieser School and was eventually taken into Madame Bodenwieser’s professional group. As a dancer, she toured with the Bodenwieser Company throughout Australian coastal towns and cities, New Zealand, India, and South Africa and eventually gave her own dance concerts in London. As a child, she had made her dolls clothes; now as a dancer, she designed and made costumes for the dance company. In New York, she learned to make animated and dance films. She became interested in writing and drew upon her childhood experiences, as well as her adult dancing life and her travels, for her subjects. She is now a member of the Trillium Performing Arts Collective in Lewisburg, West Virginia, where she choreographs and performs in the expressive style of Bodenwieser. Other books by Eileen Kramer include Party for the Moon Man (short stories), Basic Shapes (organic dress and costume design), The Pilgrimage of Truth (a screen play), and Walkabout Dancer (a memoir).