The Love Songs of Henry Canary 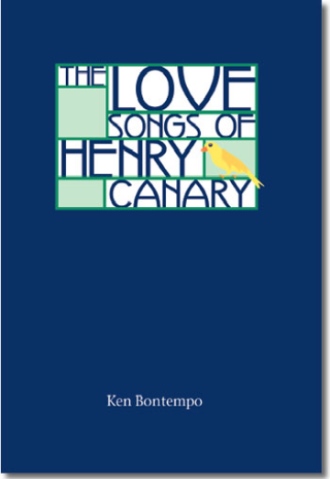 Henry's is a life filled with loves and losses, hopes and dreams, with happiness and tragedy balaned by humor and kindness. His life is full, yet empty -- crowded with emotional, psychological, and philosophical dichotomies. He is John Doe wandering across the landscape and recent history of America.

Henry Canary, a middle-aged writer and part-time truck driver, receives a surprise visit from Kelly Kane, the illegitimate daughter of his first girlfriend. Although Henry is not her father, 25-year-old Kelly wants to write a story about him for her magazine. She tracks him down with the intention of interviewing him, but gets involved in his life.

As they travel from Santa Cruz to Los Angeles in his truck, she learns the story of a boy growing up in a factory town in Connecticut in the 1950s. During trips from L.A. to Las Vegas to Death Valley and Arizona, Kelly learns about the happy, sad, humorous and tragic events from grade school to college to Vietnam and back and hears about his succeseses and failures in love and life.

Henry talks about his first crush at 14 on a 26-year-old woman; a high school street battle dubbed the Creampuff War; his on/off, love/hate relationship with Kelly's mother; his tour in Vietnam where he kills an "enemy"; his move to New York City after the Army; his girlfriend who was a third generation orphan; his job at a bank where the workers plot to kill their boss; his cross-country adventure with a friend and two call girls; his whirlwind marriage to a girl he hardly knew; the Summer of Love in San Francisco; graduate school; the birth and death of his son; driving a taxi in New York City; his short-lived career as a TV sit-com writer in Hollywood; the various women that came and went after his divorce; the sex, drugs and rock and roll of Greenwich Village in the early 80s; his third move to California, and his philosophis on life and God's mistakes.

The story ends with an unpredictably surprising revelation.

Mr. Bontempo is an advertising copywriter who attended high school in Connecticut, received his BA from CCNY and an MA from NYU. The story of Henry Canary is a compilation of people, places and events that have influenced and affected the author's own life.