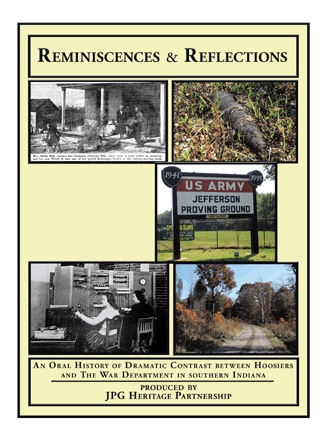 The JPG Heritage Partnership is a group of Hoosiers dedicated to the history of Jefferson Proving Ground, an artillery testing range in southern Indiana. The history consists of ORAL Histories of displaced farmers and Federal employees.