A Call to Biblical Theology 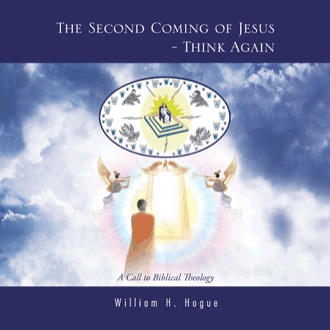 This book deals with the popular belief among modern Christians that Jesus is coming again. My message is that Jesus is not coming again because He has already come again. I propose to prove this through the testimonies of three Bible witnesses. Why three? Jesus, in agreement with the Torah [i.e. Law], taught that it takes two or three witnesses to establish a truth or doctrine: “…in the mouth of two or three witnesses every word may be established” (Matt. 18:16; see also Deut. 19:15; Heb. 10:28). The three witnesses are Daniel, Jesus, and the collective apostles. Friends, I hope you will be astonished to hear what these three have been testifying in your Bible for centuries without very many Christians ever having understood them! However, there may be a dilemma for you: Will you believe three Holy-Spirit-inspired witnesses, or will you “play it safe” and cling to today’s popular but non-Biblical teaching that Jesus is coming again? The big lesson of this book, dear reader, is that the gospel of the kingdom of heaven [aka the “high calling” salvation mentioned by Paul (Phil. 3:14)], and preached by Jesus apostles, is now anachronistic; that is, its power and effect ceased after Christ’s generation ended about AD 69. Thus, it does not apply to us Christians today. Also anachronistic to us today are the Second Coming, the falling away, the Antichrist, Two Witnesses, Armageddon, the Rapture, the Great White Throne Judgment, and everything in the Book of Revelation. Thus, it is imperative to us Christians today to understand what these things mean. Our reincarnation in Paradise will be the equivalent of our new birth. We will be born again by being reincarnated into non-Adamic flesh at the time of our individual deaths. Thus, we do not await the Second Coming of Jesus; we await our resurrection [reincarnation] at death. The salvation of all 1st-century church members (during Jesus’ generation) was a special, one-time-only salvation called, among other things, “high calling” salvation. The salvation of the rest of mankind in Christ’s time is called “restoration,” in which God restores us to pre-Fall innocence. In the last days of Jesus’ generation the church began to be infiltrated by apostate teachers. These false prophets arose due to Nero’s sudden policy-downgrade toward Christians after blaming them for the Great Fire of Rome in AD 64. Whereas Nero had been tolerant of Christians, now he became hostile to them and began killing them. No doubt his new policy was to exterminate all Christians in the empire. Christians fled Rome and headed for Asia where there was still a stable and considerable Christian population unmolested by persecution. One of the reasons for the stability was that the Christians stayed to themselves, not all in one place in order to gain political clout in opposition to the pagan majority, but in seven widely separate towns in Asia in order not to be a threat, and especially to wait for Jesus’ Second Coming and the Rapture. In Revelation John called these “the seven churches of Asia.” Thus, in Asia pagans and Christians were able to maintain a friendly stance toward one another. However, after learning of Nero’s determination to exterminate Christians a great pall of fear struck Christians everywhere and they became much troubled. Jesus foretold that this would happen, and that His “elect” would find themselves fleeing from one city to another to escape the terror of persecution (Matt. 10:23). The false prophets had a “lie” they were teaching to the Christians in Asia. This lie, Paul foretold, would be effective in causing many Christians in Asia to fall away. The lie said that it would be all right if Christians apostatized. It would save them from persecution, and God would forgive them for it after Nero’s wrath toward them went away. Apostasy, the teachers assured, would be their means of peace and safety. But Paul wrote: “When they shall say, Peace and safety: then sudden destruction cometh upon them, as travail upon a woman with child; and they shall not escape (I Thess. 5:3). Nevertheless, many Christians in Asia fell for this lie to the extent that 70,000 of them abandoned the Christian way and took up either a pagan or a Jewish life style, “temporarily” of course [as the lie went]. This was a lot of apostasy, for 70,000 was a full “third part” of the Asian Christian population in AD 69. On about Jan. 15, 69 the “woman”—i.e. the composite Christian refugees from the seven churches—fled into the wilderness. She numbered only 105,000 because out of the original 140,000 post-apostate elect Christians from those churches the “first beast,” in a blitzkrieg “war with the saints,” massacred 31,500 of her, reducing her to 108,500. These martyred saints constituted the First Martyrdom Episode that we have exegeted from Rev. 6:9-11. During the blitzkrieg the First Beast also captured and imprisoned 3,500 more of the woman’s number. These constituted the “two witnesses” that throughout the Great Tribulation—three and a half years—gave their miraculous testimony for Jesus before the Ten Horns [Rev. 11:2-3]. In midsummer of AD 72 the Ten Horns sentenced the Two Witnesses—the 3,500 Second Martyrdom Episode martyrs—to be slain in the same manner as those of the first martyrdom (Rev. 6:11). Thus, the number of the “woman” that fled into the wilderness was 105,000, as seen in the following “Revelation Math” summary: 140,000 – 31,500 = 108,500 – 3,500 = 105,000. In the year AD 72 Jesus came again to rapture His elect brethren into Heaven and to pour out His wrath upon the Antichrist in Asia (Rev. 6:17). He then sat down with His brethren to eat and drink wine at the “marriage supper of the Lamb” (see Matt. 26:29; Rev. 19:9). Then, “according to their works,” He gave them “mansions” and “cities” (Matt. 16:27; Luke 19:17, 19; John 14:2-3). They then, as “New Jerusalem,” descended from God out of Heaven to the “new earth [i.e. “third heaven/paradise,” wherein dwelleth righteousness” (II Cor. 12:2, 4; II Pet. 3:13; Rev. 21:1-2)]. Thus, their prayer “Thy kingdom come” finally came true in all its power and glory (Matt. 6:10a)! 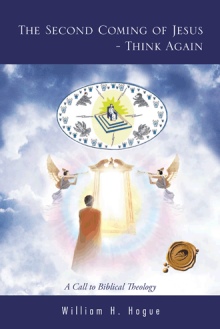 The overarching theme of this book is that the Second Coming of Jesus happened in AD 72, and that therefore Jesus is not coming again to rapture the church. The book lays out a thorough exploration in support of this theme. Daniel’s prophecies are foundational, especially his prophecy of the Seventy Weeks in Dan. 9:24-27 and his prophecy of four sequential Fertile-Crescent, Mediterranean empires (see Dan. 7). The Fourth Empire, or the Roman Empire, is the key to understanding my theme, with stress on the meaning of the horns on the head of the Fourth Beast (see Dan. 7:7-8). As proof of my theme I use the Biblical code of “two or three witnesses” (see e.g. Deut. 19:15, Matt. 18:16, John 8:17, and I John 5:8). The three witnesses I give are Daniel, Jesus, and the collective apostles, all of whom taught and agreed that Jesus’ Second Coming would take place before Jesus’ generation passed away (Matt. 24:34). Furthermore, I show how the epistles of the N.T. reflect this theme by citing scores of passages from them for my readers to consider. Finally in Chapter Five of the book and in five appendixes I show how the Book of Revelation, aptly interpreted, fully agrees with this theme.

As an avid student of the Bible since age 13, and with God’s leave and grace, William H. Hogue has interpreted the Second Coming of Jesus, the Rapture of the Church—and many other important, life-changing New Testament doctrines—in a whole new light. That is, they are in agreement with Jesus’ and His apostles’ teaching that they were primarily meant for their own time and generation. William, his wife, his four children, and eight grandchildren live in and around metropolitan Louisville, Kentucky. From his alma mater the University of Louisville William has bachelor degrees in English and Humanities (1964), and a master’s degree in teaching (MAT, 1971).