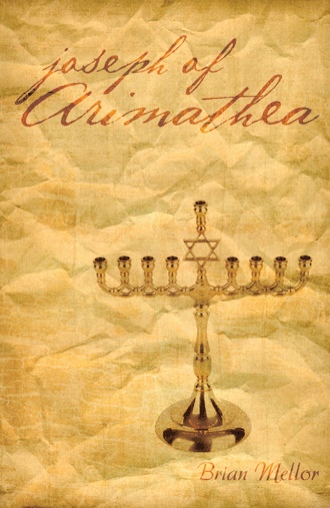 Joseph of Arimathea, the uncle of Mary, Jesus' mother, was the person that made everything possible. Joseph, the carpenter who was a much older man, was forced into marrying Mary and thus this story begins. Joseph of Arimathea became a very rich merchant and had the ability and connections, politically and religiously, to shape the out come of the bible as we know it. He was also a religious leader and involved in the politics of the time.

History seems to have placed Joseph of Arimathea too far back in the shadow of Jesus. It is my belief that it was he who influenced Jesus’s life the most. This is a story of that man, whose relationship, mentoring, and guiding Jesus, led to his greatness. Joseph as Jesus’s uncle very likely took over as head of the family upon the death of Jesus’s father. Joseph had all the credentials and means, a wealthy merchant with great influence in Rome and in his own community. A member of the assembly of high judges, which made the laws and meted out punishment, appointed Minister of Mines to Rome, a man who must have associated with the likes of Caesar, Pontius Pilate, and Herod. He placed his career, his life and that of his family in jeopardy by his close association with Jesus. He and Jesus had much to lose for the ideas and beliefs they projected. I believe that their message was much more than spiritual belief in an all-powerful, all-knowing God. I believe the message had much to do with liberty and freedom, which was suppressed under both Rome and the religious establishment of the time, all this, is not unlike the issues we are witnessing in Asia today.

The writing of this book was pure interest as the motivator. To seek answers to many questions that arise from biblical stories, taught by the Christian teachers. Many of those stories begged for further explainations, which always seemed to avoid a logical answer. So it has been left to others to assume answers to those questions. Religion touches the lives of almost everyone on the planet. It is as passionate as life itself. Believers defend it to the death, while others scoff at it and others muder because of it. It is big business: many became wealthy through both honest labor and scams, each selling the stuff with promises of grandeur, riches and happy joyous lives, which is not always the case. For people to become rich from spreading of 'God's words' others became poorer and I do not believe that this is what Jesus was all about. Raised in an Anglican environment I attended Sunday services, was baptised, confirmed and sang in the choir. I had joined other youth groups in other faiths all of which just raised more questions about this thing called religion and what was taught. I became a Tool and Machine Designer moving on to Manager of Manufacturing and then to Teaching High School. I am married with four children, three grand children and one great granddaughter. I have always been involved with sports and community activities, Minor hockey, Disabled Athletes Ass., Junior Squash lessons, Fundraising activities and serving on various Boards promoting Health and Fitness. Now I live in a small community surrounded by farms. At an early age I took a dislike for big cities. This is a community where air is clean, whose people are devoted to its wellbeing in the quality of services they provide. Activities in the arts, entertainment, kids programs as well as senior programs such as health and fitness clubs. This communty has always punched above itself in this regard. It is a place where community churches go about their spiritual duties and playing an impotant role in counseling, providing space for meets of various clubs and organizations, young people activities and fundraising events. This book is the culmination of seven years of research and theorizing on some of the questions which troubled me. I hope it will stimulate thought, interest and the possibility of other ideas.