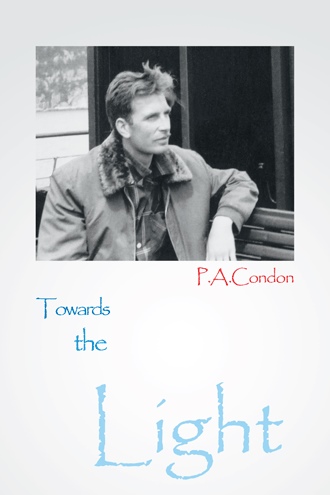 “DAH DI-DI DAH, DI-DAH DI-DAH.” Boots hammering the floor, Jock was at full bore, bending the poker with his bare hands and bawling snatches of song in a hoarse voice deliberately made uglier. He seemed pleased with himself. The reason was soon evident. Suddenly stopping his caterwauling, he exclaimed, “Eh, I had a guid time last night. After a few wee nips, I like nothing better than to bash a Yank.” He chuckled, looking around for approval.

“Why a Yank?” someone asked.

“Look how they treat their Blacks. Who the fuck do they think they are?”

Jock, the noble defender of the downtrodden! Where did he find Americans? Lincoln, probably, certainly not at our local. Although I had noticed his absence from the potato fields by day and from the hut most evenings, I had never wondered where he got to. In any case, I wasn’t impressed by his explanation. I knew he liked to pick a fight when he’d been drinking. His preferred victim was usually the last one who had annoyed him. Failing that, the nearest fellow Scot would do – or anyone.

As fate would have it, there was another Scot in our hut. For reasons that will become apparent, I shall call him Riever. Muscular, yet softly spoken, he usually had little to say; but when Jock was absent he tended to rabbit away.

“I’m getting fed-up with Riever,” remarked Dennis to me one day. Like Jock, Dennis had also been a member of my flight at Scarborough

“Oh, he’s always going on about what a great athlete he is. Claims he’s a champion wrestler. I wish he’d shut up.”

As if bragging were not enough, Riever tempted fate further by demonstrating his athletic prowess in a basketball game. Bounding all over the court like a manic Springheel Jack, shouldering lighter players out of his way, he soon had some of us muttering. “Leave him to me,” Dennis reassured us. “I’ll fix him.” A few minutes later, Riever retired from the game, clutching his groin and looking unhappy.

Perhaps he was a slow learner, or just stupid, but one quiet evening Riever decided to push an argument with Mike into a fight. The rest of us, three bods sprawled on their pits in a state of stupefied boredom, immediately perked up, curious, yet ready to intervene, for Riever outweighed Mike by at least three stone. We needn’t have worried. Mike, the quietest and shortest of us, had no intention of fighting on Riever’s terms. Instead, clasping his hands behind his head, he lay calmly on the floor and kicked out with his boots whenever his burly opponent came near, a novel defensive tactic that at first didn’t seem promising. However, when the champion wrestler showed no sign of hurling himself from a great height to tie a flattened Mike into knots, we leant against our bedding and prepared ourselves to be entertained.

What followed was a fight reminiscent of the boxing bout in City Lights, only in this case there was no physical contact whatever! Mesmerized by the lashing boots, Riever circled the imperturbable Mike, looking for an opening. Round and round he went, making tentative little rushes and then leaping back with exaggerated caution as if he were a large but timid mongoose facing its first deadly cobra. After a few minutes of this unprofitable tactic, he began to wave his arms in exasperation and make little whimpering noises. Then, casting his eyes around wildly for inspiration, he rushed across to his bed and began to pelt Mike with biscuit mattresses. “Thanks,” said Mike, seizing the first as a pad for his back and booting the other two out of the way. It was now that Riever made another mistake. Maddened by frustration and by our laughter, which was now bordering on hysteria, he seized the broom and made to hit Mike with it.

As one man we had sprung to our feet. We weren’t laughing now. His eyes brimming with tears of rage and humiliation, the inept champion obediently threw the broom down. The great fight was over.

Someone must have told Jock. The following evening, as I lay... 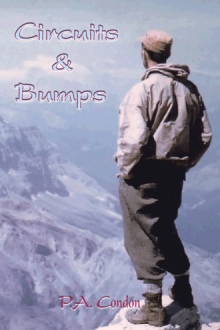 The book is no mere narrative and it is not simply about the author. It is also an accurate eye-witness account of the way things were in 1930’s London, in wartime Kent and Snowdonia, on a crowded troopship, in the Commonwealth Air Training Scheme, and in the Klondike goldfields and construction camps of British Columbia. With echoes of Dickens' Pip, Wordsworth, and Mr. Chips, among other things it takes a glance at climbing, the occult, flying, gold-mining, teaching (in B.C. and in London), recurrent dreams and dissociation. It is a tale of perseverence in the face of repeated disappointment, bereavement and post traumatic stress disorder. And it is an affirmation of the supreme virtue of love.

“P. A. Condon’s literary gem of a memoir...shares sensitive details of his hard-scrabble life with the deft story-telling of Frank McCourt and a healthy dose of Julian Barnes’ keen wit....The author’s gifted writing and emotional honesty make this book a winner.”

“A deft, compelling autobiography of an Everyman. Thorough, organized and well-researched, Towards the Light...is powered as much by the storytrelling and language as by the subject matter....Wise and entertaining, this book is hard to put down.”

“Written by a self-described ‘absent-minded introvert’, this memoir wraps fascinating philosophy and observations into a well-written treat that speaks to the average human.” RECOMMENDED.

The author came to his career as teacher of senior English by way of a somewhat Dickensian but not unhappy childhood in London, youth as a wartime evacuee and office boy, service in the R.A.F, gold mining in the Klondike and then construction camps and university in British Columbia.