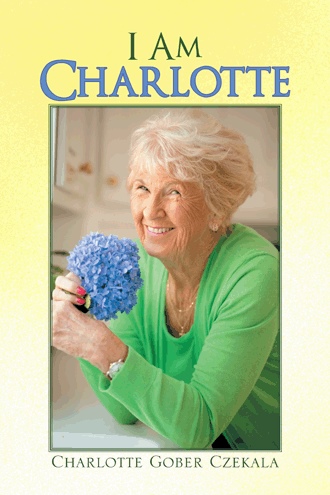 August 27, 1938---my big day; I get to come out into the world. My mother and daddy are so excited, especially Momma. She has been carrying me in her womb for over nine months and the last four have been horrendous. You see, I was born in New Orleans, Louisiana at the Baptist Hospital on Napoleon Avenue. Can you imagine being pregnant, without air conditioning, all during those long, hot, summer days in sultry New Orleans? On top of this, Mother gained 40 pounds during her pregnancy. However, her tough life was just beginning because I remember her telling me how bad my colic was for months. They also talked about how I had to have casts on my legs and they carried me around on a pillow! I’m not sure why. Some interesting things that were also going in 1938 were: Adolf Hitler was persecuting the Jews and started his move in Europe; Franklin D. Roosevelt was president during the Great Depression when the unemployment rate was 19 percent, the minimum hourly wage was 40 cents, the average house cost $3900.00, and a gallon of gas only cost 10 cents: Walt Disney released the classic film, Snow White and the Seven Dwarfs. Now, let’s get back to the main character. Charlotte, the name Momma and Daddy chose for me, was not my first name. They made it my middle name so my initials, E.C.G., would be the same as Daddy’s. His name was Edgar Coleman Gober, my first name was Edith. Charlotte was chosen because Momma just liked it, but I was named Edith after my paternal grandmother, Edith Funk Gober. I was her first granddaughter. Momma was named Agnes Louise Echols, but Daddy thought it was Louise Agnes, and this is the way Daddy recorded it when she died. I didn’t know this until I started the quest for my genealogy. However, let’s get on with the story. Momma and Daddy took me home to a small apartment at 920 Carrollton Avenue, Apartment K. Even though I don’t remember much about this time in my life, I’m sure they were wonderful years because Momma and Daddy had been trying to have a baby since they got married on February 4, 1932. Daddy always told me that he wanted to get married on Valentine’s Day, but Momma couldn’t wait! (You might as well know now that my Daddy was a big teaser and that is one of the many things I loved about him.) Momma was finally able to conceive after she had two operations to correct her uterus position.

Charlotte has lived over seventy years with many interests. She was encouraged by her father to work hard and persevere, then was told, “You can do anything you want.” This was in the 1940s when it was not acceptable for girls to be strong and athletic. However, through sports, she learned a discipline that would open many doors and make her successful in a variety of areas: basketball, swimming, softball, bowling, tennis, building houses, serving on the governor’s advisory board, founding a drug treatment center for teenagers, bringing Nar-Anon east of the Mississippi River, homeschooling grandchildren, and teaching swimming and tennis. She had many “life is good” days but went through rough times with two sons addicted to drugs and out of control. Because her father gave her the confidence to be able to overcome anything, she worked hard and persevered. In spite of this confidence, she could not defeat this major problem in her life. Come and see how she overcame the challenges she faced, not in her own strength, but through her heavenly Father’s. He “restored the years the locust had eaten,” and she went on to fulfill her lifelong goal. The strength did not come from herself. She couldn’t, but God could get her through all things through Christ who strengthened her.

Charlotte grew up in New Orleans during the 1940s and 1950s. She was taught by her father that she could accomplish all things through hard work and perseverance. She was an athlete, wife, mother, drug counselor, speaker for Nancy Reagan’s War on Drugs, and finally, a college graduate.