A Story of Undying Love 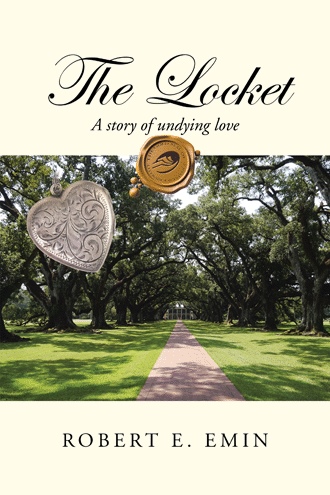 She could not speak anymore so she took Jared’s hand, the hand that held the locket, lifted it, and, for the last time, she looked up at the ‘joy of her life’. She silently thanked God for giving him to her. Gaining strength from somewhere within, she spoke again, but this time in a whisper. “Tell you father that I never stopped loving him…tell him I’ve forgiven him.” That was all she could muster, she had forgiven him years earlier, forgiven him for failing to find her and his son. She had never questioned him for forsaking them, for it wasn’t within her to do so. It was her love for him and her faith that gave her the strength to carry on all these years. Tears ran down Jared’s cheeks as he bit into his lower lip to force back his sobs. All he could do was nod. Leah smiling and with a whisper closed her eyes, took in a long deep breath and exhaled. She was at rest, freed at last. Jared leaned over; placing his hands around his mother’s shoulders lifted her up into his arms and with his head next to hers, he wept bitter tears. Yes, he had promised to his mother to find his father and to this he would, but not to tell him about her or of him, but to curse him. To cruse his very soul for not fulfilling the promise he had made, the one his mother believed in to the very end. Yes, he would find him. He would keep his promise he had made and nothing would deter him from that goal. Now, he was all alone! Jared raised his head looked up at the beams above him, as if in prayer, and then with a loud voice, he cursed his father.

“It was the Old South, a land in which there were two classes, two institutions living side by side and yet apart. One was the aristocracy ruled by the privileged, the upper class, which appeared as being idyllic, romantic, and tranquil in nature but in reality was the opposite. The other was servitude, ruled by those who considered themselves superior.” Leah is born the daughter of a slave, who dies from childbirth, and a white slave master. When she comes of age, Leah is sold and bought by John McKibben, who is so enthralled by the “fair in color” skinned three-year-old with eyes of “steel blue.” Brought to McKibben’s home, Red River Plantation in New Orleans, Leah begins a life of servitude and placed in the care of house slave, Beulah. The two bond as mother and daughter, and Leah is shown favoritism, given special access to McKibben’s children, Jay (Jared) and Margaret. As Jay and Leah mature, their feelings deepen for one another, and under the watchful eyes of others, a forbidden love emerges. After their failed attempt to marry and escape to Canada, Leah is sold again and separated from Jay. She has only a silver locket containing a picture and a lock of his hair to remember him by. With nothing but a promise of his return one day, Leah is alone to care for and raise their son, Jared. By the end of the Civil War, young Jared embarks on a personal journey in the wake of his mother’s death to find out the truth of his father. What follows is a remarkable and emotional reunion that proves the powerful bonds of family. Emin’s coming of age tale of love set in a dark and pivotal period of American history is a meaningful one. With sparse dialogue and an accessible narrative, it explores an unjust society amidst a volatile landscape and its profound impact on love and family. It touches on themes of familial relationships, jealousy, freedom, loss, and discovery and is a reminder of our flawed pasts, as well as a testament that love truly does conquer all. Dylan Ward, The US Review of Books

Bob Emin is an Egyptologist, archaeologist, and jeweler. He attended the Boston School of the Museum of Fine Arts, Tufts and Boston Universities, and the University of Alexandria, Egypt. He enjoys writing and has published a book entitled “The Scroll: Moses the Untold Story.” He and his partner live in Newton, Massachusetts.