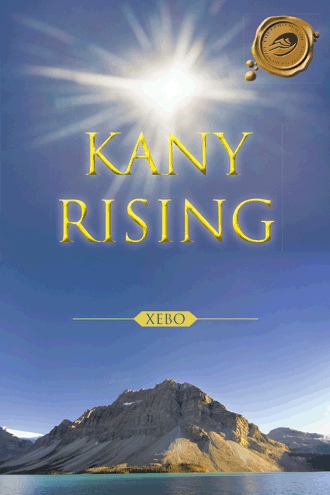 As Kany, a mineral of phenomenal applications, searched and tracked down throughout the world from the beginning of time, is about to be extracted in an obscure corner of Africa, a nation called Mezi, powerful forces with major competing interests, are unleashed. Dr. O’Shea, who has suffered a life-time humiliation in academic circles while pursuing relentlessly his studies of exotic minerals, has finally recruited Kano Wasiri, a reluctant scientist but a natural born nationalist leader, in the quest of extracting Kany from the high plateaux of Mezi.

In the same pursuit but very late in his academic profession Dr. O’Shea turned East to Russia to gain effective support from Nadov Kiriyan, the mysterious Russian oligarchic and Chairman of Baikal International and Lady Allistair, a British high level executive. With the help of Lady Allistair, his trusted lieutenant, Chairman Kiriyan put in motion a series of what will be known as African initiatives in order to achieve effective access and control of Kany. But Lady Allistair and Chairman Kiriyan did not anticipate that the same initiatives they are funding without restraint would push forward political winds that will embolden a movement for radical change in Mezi under the political leadership of Kano Wasiri. The same political winds will eventually match with unpredictable consequences Dr. O’Shea’s dream, Chairman Kiriyan’s master plan and Kano Wasiri’s focused objectives for the impoverished nation of Mezi.

Born in 1949 in Kinshasa, Democratic Republic of Congo/Zaire with high school concentration over Latin and major international literary works, Zephirin Ebonzo, “Xebo”, pursued university studies successively in Dakar Senegal, Louvain Belgium and NYU in New York where he received an MBA in International Finance. After more than thirty years of professional growth and accomplishments in various assignments in the US Corporate world in areas of System Analysis, Internal Auditing and International Finance, and no matter what dispositions and predilections which visited or directed him one way or another, he kept being drawn back to the endless shocking and regressing conditions of political and economic despair in parts of Africa he came from. “Kany Rising” is an attempt to set a record straight for a completely different and better horizon if and only if different objective propositions and criteria were to be applied and followed.