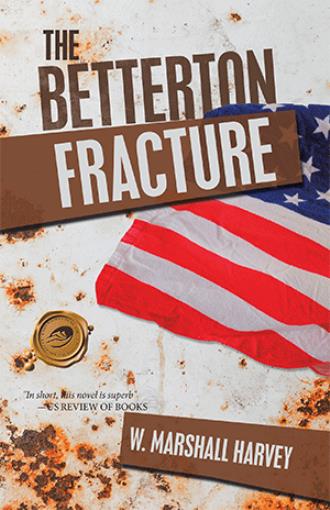 I find it difficult to bridge the divide between the Betterton of my childhood and the community we navigate today. The haven which once felt as if it had been drawn by the hand of God himself now feels like a combat area with safe areas, neutral zones and dangerous enemy territory. Such a stark juxtaposition. The root of this modern powderkeg which now permeates every aspect of daily life can be traced back to a single man- Delbert Beechum Bethune Most of his slowly enlarging group of minions simply call him “Beech.” Extra syllables must take too much effort for people who devote so much of their time to being outraged at what they consider to be the moral wrongdoings of others. He is an older man, late 50’s early 60’s I suppose. He is large, bearded and bespectacled with a knob nose and a red face like a drunkard. Only Beech doesn’t drink. Rumors of prior abuse linger but have never been proven. Beech was, is a very calloused man. He got rich up north in Ohio running a large custodial service company he’d inherited from his father. Some time around the turn of the millenium, though, he abruptly closed the company and fired all of his workers after the state adopted policies favoring more diverse companies. Of Beech’s 100 some odd employees, none, not one, had been black, Jewish, gay or hispanic. It isn’t hard to deduce the mindset behind such hiring practices. After shuttering the doors of the business that had made him quite wealthy, Beech retreated for a while. Plainly put, he withdrew from society, community and frankly, reality. I think that’s when his wife left him. As Sharron tells it, one day Beech just showed up in Betterton with a wad of cash asking about buying up houses in the village. They’d been standing empty and lifeless for about a decade, and nobody else wanted them. So it took Old Man Longstreet, owner of the gas station and bowling alley and the town’s only licensed realtor, quite by surprise when Beech showed such an interest in a section of town long since discarded by the natives.

The Betterton Fracture tells the story of the town of Betterton, North Carolina, which is under siege by a swelling number of outsiders. The new residents are filling up an abandoned neighborhood which used to house the workers of the now-closed Mulldune Mill. These intruders are arriving by invitation and under the leadership of Delbert “Beech” Bethune- an outside businessman with starkly extreme views on race, among other prejudices.

Tension mounts as the newcomers grow in number and local, political influence. Relationships are born and shredded, social and civil unrest mount, and the town reaches a violent crescendo as the two camps face off. Finally, one act of violence threatens to bring the town to its knees. Faith and justice, racism and corruption, love and deception are all on display in this, once sleepy, southern town.

W. Marshall Harvey was born February 21, 1981 in Newberry, South Carolina. His parents knew that at a very young age their son was a born storyteller.

He was active in church and school choirs, acted with the local community theater and never missed the chance to take center stage and sing or talk to anyone who either wanted a good tale or simply needed a good laugh. His faith has always been a great source of comfort and guidance in all aspects of his life.

Harvey is a member of the LGBTQ community. He also grew up working in amature theater where he harnessed the skill to change character, persona, and even his voice at a moment’s notice to suit the audience and situation in which he found himself. He used this skill to survive adolescence and to find success on the amature stage. In high school he even became fluent in Spanish so that he could more easily communicate with more people and understand other cultures.

Marshall pursued a career in teaching after high school, earning a B.S. from Newberry College, and two M.Ed. degrees from Columbia College and Winthrop University. He teaches advanced Spanish, and does his best to be a shining beacon of hope to students who may be struggling with some of the same social barriers he faced in youth as a member of the LGBTQ community. He has a firm belief that diversity and acceptance are strengths when we learn to always seek the good in people.

Harvey’s writing style is somewhat different from many authors. He writes his work in first person through the perspectives of the characters he develops and uses their views to drive the stories. He says it is as if the characters have to speak their truths through him.

When not writing, Harey very much enjoys traveling the world with his husband, Christopher Harvey, fishing, collecting wine, and spoiling his niece and nephews. He views family as God’s greatest gift.