An Introduction to Literary Excellence in the Book of Mormon 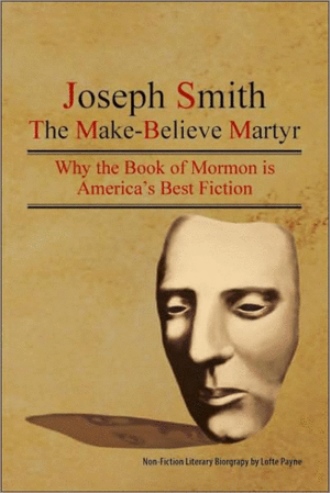 The LDS Church simply cannot afford full public access to its premium scripture, the Book of Mormon, possibly the best—though least understood--work of fiction by an American author. The world’s most extensive propaganda campaign, carried forward by tens of thousands of missionaries, has quietly diverted attention from a sleeping giant, a supreme satirical treasure

As with other great satirists, such as Swift and Voltaire, Joseph Smith wisely masked his intentions through the use of easily perceived though highly intellectualized literary symbolism. But then he carried his mythmaking to an even higher degree by inviting thousands of common folk to affirm his religious skepticism through their unwitting participation in a fragile, risky experiment: a latter-day reenactment of Christianity’s origins, even to the point of inducing deadly persecutions—thus the birth of Mormonism.

Deliberately embedded within his solemn, dry saga of religious warfare is Joseph’s intimate autobiographical portrait, including the tale of a family afflicted by his Father’s aimless ambitions and his Mother’s pious-loving tyranny. His book also reveals a legacy of Deist enlightenment that influenced American religion well into the 19th century.

His most amazing feat of all, and which, curiously, has never previously been detected, is shown in elaborate preparations for setting himself up as the church’s foremost martyr, initially by establishing a blueprint and exact timing for his dramatic exit, in ink a full fourteen years prior to the event. Along the way he generated volumes of public correspondence that generously substantiate his superhuman struggle to capture immortality.

Surely all of this would have been common knowledge by now except for Joseph’s peculiar strategy of convincing followers and critics alike that he was an unlearned backwoodsman who had been visited by angels. Consequently his book never acquired respect as serious fiction; it wastes away—read occasionally, misunderstood invariably. His work has been excluded from every anthology of American Literature, even after being translated into 45 languages, worldwide.

No more. I’ve spent the past couple of decades researching and reconstructing Joseph’s original intent. His work is examined in my new non-fiction literary biography, Joseph Smith the Make-Believe Martyr. I unmask his deceptions, solve his riddles and share with you his anguish over a civilization desperately close to achieving its demise. Future readers may acclaim his masterpiece as the seventh literary wonder of the world.

Lofte presents himself authoritatively on issues relating to the Book of Mormon, and on the life, religious and political ideals of its author. Added to more than a dozen continuous years of study in this one area of specialization, Lofte also claims benefit of two previous decades as past member of the Latter-day Saint community. His experiences include extensive ward leadership, graduation from the church's Institute of Religion, and earlier missionary service.