Arts of Survival in the Nazi and Communist Eras 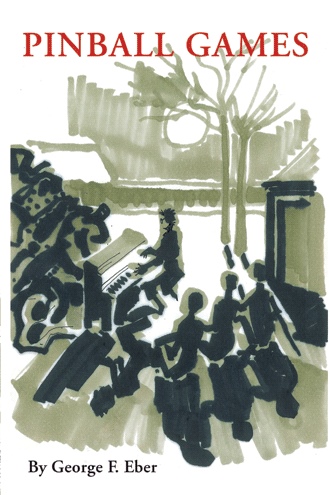 Hungarian's memoir of WWII, the Holocaust and descent of Communism is a gem and revelation
by F. Kosa

Want a truly stunning account of what World War II, the Holocaust and the descent of Communism was REALLY like in Eastern Europe? Then read this riveting true story of a young man's survival in what could only be called one of the worst times in history. George Eber, who became a world-renowned architect in Canada, provides an on-the-ground account of this harrowing period with jaw-dropping candor. Brimming with confidence, charm and considerable connections, Eber comes across as a real-life trickster, a Hungarian version of the beloved American archetype that both Mark Twain and screenwriter William Goldman would have thoroughly enjoyed. What makes Eber's story so compelling, however, is that his backdrop is not America's wild west or free-wheeling land of opportunity, but three of the darkest, most disturbing events in modern history - the Second World War, the Holocaust and the Soviet imposition of Communism on its satellite states, specifically Hungary. Americans have often heard about the Iron Curtain -- this is an insider's view of how it was actually welded.

"Pinball Games" begins with the siege of his native Budapest in 1944. Surrounded by the Russians at the depths of the Second World War, it was one of the longest, bloodiest and most under-reported sieges of the War. He recounts how he and his family survived, hiding from Hungarian Nazis (Eber had deserted his brigade) and cheating the random death of bombs, that at one point reduce the apartment just across the street to a pile of rock and dust as they watched out of their living room window.

The book then goes back to his childhood -- portraying the innocence and unbridled fun of growing up in Budapest, summering in a town a short ways to the north, but always near the banks of the mighty Danube River. If you're not convinced that it's the Mississippi of Europe, just wait til you read the section where he and a friend encounter a band of Native Americans -- or at least would-be Indians -- encamped on an island in the middle of the river. While Eber's descriptions of a childhood on the Danube are at times breathtaking and exquisite, he pulls no punches, portraying himself as somewhat spoiled, crafty and even callous. He has no qualms about conning his own father into buying the sporting motorcycle of his dreams and notes without hesitation or judgment that he and his motorcycling friends are upset about the outbreak of WWII for one main reason: it canceled the opening of "Gone With the Wind."

But the book really takes off in the second section. Here, Eber joins the time-honored tradition of reluctant protagonists when he is conscripted into the army. He quickly learns to his surprise, that he will not participate on his terms. He is barred from carrying a weapon or doing any fighting because he is of Jewish heritage. Instead, he is ordered into the white armband brigade -- a detail that can help the war effort only with their labor. Here again, he chronicles a largely unmapped experience -- the white arm-band brigades were comprised of "Christian-Jews," that is, people with Jewish grandparents or parents, but who were raised in a Christian tradition. Having lived with all the privileges of an upper-middle class kid to that point, Eber suddenly finds himself a second class citizen, someone who is considered "nearly human."

But the young Eber is neither one to dwell, nor be daunted; he is a man of action. And act he does, summoning his charm, cunning, and sometimes sheer instinct to defy death in at least a dozen direct encounters. And by direct, I mean within seconds, or a couple of feet, of becoming a corpse. He is saved by a wide array of interventions, including fast-talking, dumb luck and at one point, three typewriters. It is at times heart-pounding, and other times, heart-wrenching. Such as one night when he and a few labor brigade friends were confined in a "country ghetto" far from Budapest. Only weeks before, it had been overcrowded with Jews and suspected Jews, some of them friends - of course -- with Eber. Now, it is utterly empty, a ghost town, with no sign of the inhabitants except what would prove a familiar monument of the Holocaust - a massive pile of coats and jackets. One of his friends is an accomplished pianist, having been schooled in American music in a brothel run by his mother. Who could make this kind of thing up? So the six guys wheel a piano out under the moonlight, and the pianist bangs out American ragtime under the moonlight next to a 15 foot pile of coats. It is chilling and unforgettable moment. (Eber's illustration of this moment was chosen by his widow -- highly respected Canadian journalist Dorothy Eber - for the cover of the book.) Equally unforgettable is his account of his ride in a boxcar with 74 other deportees towards the certain death that lay in its destination. I won't spoil one of the details of this trip by revealing it, but suffice to say, I've never read or heard of it in any other accounts.

When Erwin Leichter played the Tiger Rag in the sealed-off ghetto, his situation was not for a moment less serious, but he was buoyant with youth. Pinball Games, illustrated by the author, tells a story of survival, sometimes through luck, sometimes by daring action, of a group of Hungarian friends through the darkest days of World War II, and later, as they escape from Communist Hungary to the free world.

After a youth marked by golden days on the Danube, the author and many of his classmates are drafted into "the white armbands"— labor battalions of Christian Jews. They jump for their lives from a train bound for the death camps, and eventually make their way back to Budapest to live through the Siege of Budapest, one of the longest and least written about sieges of World War II. With peace come more golden days on the Danube, but they are illusions: Stalin's "Communist Agenda" forces more escapes.

The author, his stepmother, and his father, whose business had been among the first private businesses seized in Budapest, successfully navigate land mines and wire fences to reach the West. "There might be difficult days ahead but I knew those years that called forth the greatest effort of my life were over," writes George F. Eber. "At the time of our escape, the term Iron Curtain was rather newly coined. To me it still meant the great metal fire-curtain in the Budapest theatres of my youth. Now the Iron Curtain had fallen behind us on the theatre of the macabre."

George F. Eber was born in Budapest in 1923. Following World War II and the advent of Communism, he crossed a mined border to immigrate to Canada in 1950. He opened his own architectural practice. During Canada's Expo '67, he was co-architect for eleven participating countries. He died in 1995 shortly after finishing Pinball Games.