…but they call me Sonny

by Pamela A. Clark 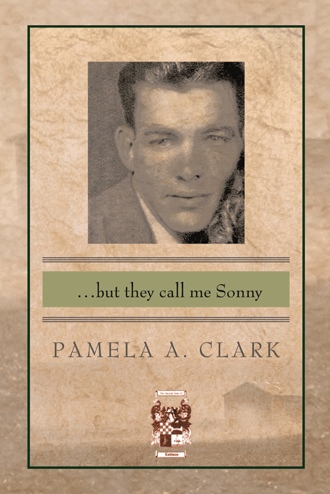 From high atop the pier, huge waves rush in to wash the shore. Swell after swell cascade just to smash against the rocks and burst into tiny crystal sprays; mist fills the air as it makes its way back to the sea. Silence breaks as the surge slams the pylons that block its way. Tethered boats line the dock and protest their slumber by rising up and slapping back. Far off where the water meets the sky gray clouds lift; and then as if on cue part, ready to make way for a new day. The sounds of sea gulls fill the air; shrills of victory ring out as the birds compete for their prey. …and with a deep breath, the smell of fish and the rotting wood of the wharf fill his lungs one last time.
Up long since the crack of dawn, Sonny tugs the collar of his coat and watches the sun try to peek out this cool cloudy morning. He can’t remember if it’s been weeks, or months, but the one thing he knows; this ain’t the way to live. I just exist. Sold my soul; just followed her like a lost pup. Staring out as the streets roll by, he recalls the last thing she said before he fell asleep. “Oh, you’ll be back,” the haunt of her smug tone calls out; “Just wait and see.” I don’t think so, he affirms; I don’t go back. Shaking his head, he leaves it all back there and leans on the glass. With a good view, he takes in the shops as the trolley heads what he hopes is the right direction.
Not wanting to miss his stop, he looks for a corner to find a street sign; that’s when he finds them. He draws in and catches a glimpse of the homeless as they stand in line and beg for their meal. Passing by the down and out, contempt sets in. Now he too feels the connection. Yep, he admits; I joined the ranks; might as well have stood in the same line with the rest of them. Then has to wonder how many of the men in line share his scorn as he watches them receive their free handouts. The more he sees, the more his conviction deepens. I’m out of here.
Finding out where he is, lets him know it will take some time to get to his stop. With that in mind, he leans back and recalls the night Athena came to his rescue. With the lateness of the hour and nowhere to go, he is grateful she found him. Then things changed; she not only found me; she kept me like I was a stray. …and treated me like one too. But as much as he wants to push the blame on her, a few things he has to admit. He admits that he and he alone was the one to throw caution to the wind; that he must accept his part of the blame. He may have thought he became a man that night, but has long since struggled with that idea. His senses told him there was more to being a man than what she taught him. Where did my values go? My freedom? What about my goal; my mission to find my dad. How’d I lose all that? One at a time, he let them take their turn to remind him of exactly what it was he set out to do.
It took some time to deal with his thoughts. But once he figured it out, decided that it was he; he is the one that let him down. And once his brain kicked in, got what he calls his head screwed on straight. Then his first thought was to find a job and leave. No job found in the confines Athena kept him; he snuck off a few times to see what he could find. But since Los Angeles is feeling the drought along with the depression, he found the people that hire you are in the soup lines too. At times, he managed to pick up a few bucks at cards, but when they found out how young he was, they ran him off. Once he had a chance to pick up some serious money, but Athena found him and caused such a scene they threw them both out. His resolve renewed when he read the paper last night. The article had a picture of an engineer and his train. The cars on the train were loaded with fruit; and then said the train will head back to northern California today. It said they are hiring fruit pickers; that a man that wants to work should show up. His plan is to be there early; to be the first in line. So he needs to head east; he needs to get to the railroad yards.
A life no better than Susie with Rex, it was still dark when he got up to leave. A quick farewell to the ocean; it didn’t take long and he was out of there. One thing troubles him as he rides his second trolley of the day. He regrets he had to leave his suitcase. Under the bed and out of the way, he was afraid it might wake her; and not for the want of one more duel, decided she could keep it. Might buy me some time, he scoffs. When she does find it; bet she thinks I’ll be back. He left with the clothes on his back; then stuffed what he could in Katie’s bag. His mood heightens when he thinks; guess it’s all right; still have Dave’s letter and Johnny’s cards.

Pamela lost her dad when she was three. Later she begins a search to find a grandfather presented by such a loss. Armed with a mission to find him, the facts start to skew. Clues twist and turn; and then entwine to such a degree she bumps into her dad's story. …and learns the only way to find the man fate chose to leave behind is that first she must go through her dad. Both in the search, both on the same path, but forty years apart, do the gods lead them to the one they want so desperately to find.

Fourteen and growing up in the streets, Sonny can’t wait to leave; he lives for the day he can put all the shame behind him. But with the hard times that have hit the country and the fact all the kids depend on him…where would he go. It’s not as if he has a direction. All he has in this world is his brother Paul. …and even though Paul has him by a few years, the big guy depends on him too.

Naw, labeled bastards since as far back as they can remember…it’s just he and Paul against the rest of them. Forced to be the responsible one, he will bide his time and deal with the chaos and turmoil as it comes. That is until he finds out the secret kept; one that ignites a fire so strong that without thought leads him on a journey that will take him to all but two of the forty-eight states in the Union.

Join him on his mission. Share his thoughts. Share his dreams. Life now his school, meet those that help shape the man he grows up to be. Travel with him through a period of time when millions of Americans are on the same path. A period of history now known as the Great Depression, they're all looking for a better life…all that is except one. Sonny isn’t looking for a better life…he is looking for his life. …but they call me Sonny is a book based on a real life. Does he have a dad? If so, where is he? Why would the man take off and leave him alone with Susie? Can he fill the void that aches in his heart? …and is it true, was he robbed of the life he was born to live?

Pamela A. Clark attended Iowa State University where she majored in Construction Engineering. Working highway/road construction and in the water supply industry in Iowa for sixteen years, she moved with her family to Arizona where she managed a design engineering firm for two years. From there she spent two years working on-site as a Project Engineer. Projects included highway/road construction and an emergency water spillway. She is a past president of Women in Construction. Spending twenty years in construction, Pamela switched directions. She spent twelve years working the Front-end Fraud Division for a major banking firm. Nominated Woman of the Year by Soroptimist International where she held membership, she also is a past member of the American Business Woman Association (ABWA), American Society of Personnel Association (ASPA), and the International Association of Financial Crimes Investigators, (IAFCI). Having served with the Job Service Improvement Program, (JSIP) Pamela was the liaison between Iowa and Washington D.C. Now retired, she lives in Arizona with her husband and family.