by Pavel B. Ivanov 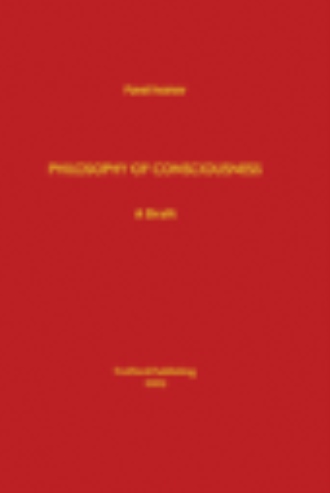 What is dialectics?
The origin of dialectics
Logical forms
Fundamental principles

Classical logic
Logic and mathematics
The basics of diathetical logic

Between the object and the product
Observing the subject
Extrasensory reflection?
Theories of consciousness

Mind and body
Consciousness and the brain
Localization of mental processes

Many humans have a persistent habit of thinking about themselves as of a special kind of living creatures, distinguished from all the other beings by possessing something they call consciousness. There are different views on the adequacy of this idea, from complete denial of its validity to considering consciousness as prior to any existence at all. While the both extremes lead to the impossibility of scientific study, the major part of researchers prefer to be pragmatic and adopt “technical” approaches of various kinds, dealing with special models of consciousness that incorporate some of its aspects related to the particular science. Obviously this can only be a temporary solution, and the fundamental questions concerning the nature of consciousness arise with more vigor whenever the development of a research technique visibly approaches the limits of its applicability. One needs a unified view of consciousness, providing a common frame for all the special sciences that investigate particular manifestations of consciousness, and thus avoiding misunderstanding due to terminological confusion and methodological incompatibility. This is what philosophy of consciousness is expected to provide.

There are many ways of unfolding philosophy of consciousness: some of them focus on the methodology of science, some others consider it from an aesthetic or ethic angle. A unified view will include all these aspects as the possible presentations of the same.

Scientific study of consciousness is essentially analytical, since it separates “consciousness” from “not consciousness,” as opposing concepts. Such division can only be established in a limited domain, and there are questions that cannot be answered by science at all. For instance, no science can tell how it feels to be conscious, or how a conscious being ought to behave. These are not scientific problems, and their consideration in science would lead to their abstract re-formulations answering to questions quite different from original and valid only within the limits of applicability of the special science. It is philosophy of consciousness that is to synthesize the partial models of special sciences, as well as non-scientific views, into a general picture, demonstrating how all the possible descriptions refer to different aspects of the same phenomenon, and thus indicating what is relevant in a particular approach, or what lies beyond its scope.

Philosophy is not science. It does not “study” anything; it only discovers the possible directions of development for special and general sciences. Philosophers must consider scientific results—but science will never remain their only source of ideas. Every area of human culture can influence the development of philosophy, and receive creative impulses in return.

Any philosophy develops its own categories, explicitly or implicitly connecting them to each other in categorial schemes. While philosophical categories may sometimes be denoted with the common words, these words acquire specific connotations in the context of a particular philosophy and their meaning is to be derived from their place in the whole, rather than from the previous experience of the reader, and a correct definition of the fundamental terms (e.g. “life”, “activity”, or “consciousness”) only follows from their usage in a variety of contexts. The language of this book is different from that of any other philosophical or scientific work, albeit resembling them in certain respects. The abstract schemes of my philosophy have nothing to do with mathematics, though one may be tempted to identify some of them with the common mathematical constructs. Even the English language cannot be of much help, since my word usage may be far from commonly accepted, and the ways of expression may even deviate from the grammatical norm.

If so, who could be interested in a book like that? It is certainly not for those who are happy within their profession and do not need any thoughts that cannot be converted in hard currency. However, there are many people who do not much rely on efficient professionalism and seek for an integrative view equally applicable to any special area, as well as outside any specialty at all. For those my philosophy of consciousness may happen to be of some use—at least as exercise in an uncommon logic and a vaccine against mental stagnation.

To comprehend what consciousness is, it is necessary to determine the place of consciousness and subjectivity in the hierarchy of the world (ontology), explain how conscious beings can comprehend themselves (epistemology), and indicate how their being conscious influences their behavior and their internal organization (ethics). In Hegelian terms, we are first interested in what consciousness is “in itself,” then we consider how it looks “for itself,” and we have to complete our inquiry investigating how consciousness “for itself” could arise from what it is “in itself,” and conversely, how consciousness grows in the process of self-comprehension and self-determination. Omission of any of these elements would make consideration essentially incomplete and hence unsatisfactory, provoking people to seek for other possible explanations.

The book gives a preliminary exposition of an entirely new philosophy of consciousness and subjectivity, together with an introduction to the hierarchical approach and hierarchical logic, underlying further conceptualizations. The key point of this philosophy is the unity of the world; a consistent development of this principle leads to the definition of the subject as universal mediation, which allows indicating phenomena akin to consciousness in the inanimate nature and life, as well as formulating the distinction of conscious activity from these two levels. The hierarchy of subjectivity is described in parallel with the hierarchy of nature and cultural hierarchies, with a continuum of intermediate forms between them. The material and the ideal are presented as two aspects of the same reality, always implying each other. Consciousness is shown to arise from the reflection of the people’s ways of producing things, and the essential ideality of consciousness is related to its material implementations. The epistemology of consciousness follows from its meditative function: subjectivity cannot be observed directly and the only way people can detect their consciousness is to imprint it in their products, thus making it observable as an object. The distinctive features of conscious behavior determine the ethics of consciousness.

Pavel B. Ivanov (also known as Paul Jones) has been developing a general hierarchical approach since 1980s. He studied physics, psychology and philosophy at Moscow State University, then worked in theoretical physics (PhD since 1989). He has publications in atomic physics, theoretical aesthetics, and philosophy. Currently, he works as IT manager and programmer, with the interest in hierarchical databases and complex workflow automation.