The Religion of the Decade 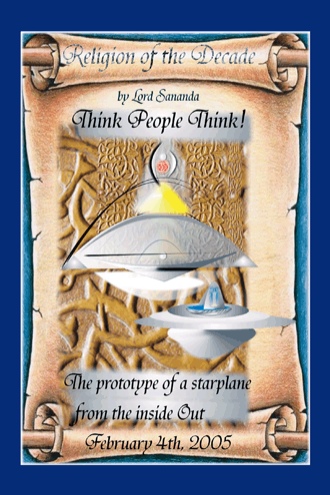 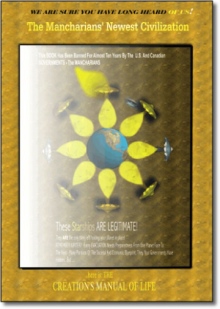 D E D I C A T I O N *** I, SANANDA ESU JMMANUEL, bequeath to the each of ye, who hold steadfast to the Light these unwritten and unremembered truths, so fondly established throughout tenets of civilization by the knowing of the working of the Creator, whowith propositions Its attire with the Laws and Likeness of Itself. From this day forth, Beloved Ones in a manner of speaking, you have sought out all that is impractical, and held with your limited perception that, which has reigned as contrary to the Laws of God. Herewith do I acclaim to the one and many of ye that "Sodom and Gomorrah didst not fall upon its haunches within a day of time!" So is it with ye Ones, for knowledge of the wisdom of the Masters have been over the ages of time presented to ye. This is your Last Call! These writings do we give from mine hand to yours! - READ THEN, AND LEARN!! SANANDA ESU JMMANUEL

I am not the author of these books. I am what you would call "a scribe." I sit at my keyboard and through telepathy take down words from those within starships and that of the Mancharians. In this particular book, Religion of the Decade, the words I take down are belonging to Captain Sananda Esu Jmmanual who comes to set the record straight in regard to the many falacies written about himself as well as others of his time. People have made a religion of himself which he never intended, and altered as well as erased many of his words in doing so. Along with the words, I also see self explanatory pictures. These occur all in a split second; and these are placed on the page, or parchment, as I so fondly call it. Sometimes I am given to see pictures to physically draw on my drawing program. You see, the books are not about me, as an author, for that I am not, but the books are concerning seldom held and understood truths for Hu-mankind in general. As many of you readers are aware, the word "starship" has been altered by those writing (adding to or taking away from) so-called holy text, to read "star." The wise men followed the "star." This is but an example among many. Those who say "the wise men followed a starship which led them..." are mocked and made fun of. Again, this is only one example of the words which have disappeared from the books and libraries of the world. These truths are what you have long been deprived of and many have searched for - lifestream after lifestream; generation after generation. So it is not myself you need know about - but rather that which is within the hallowed heart of these writings. - Uthrania Seila Sentana-Ries