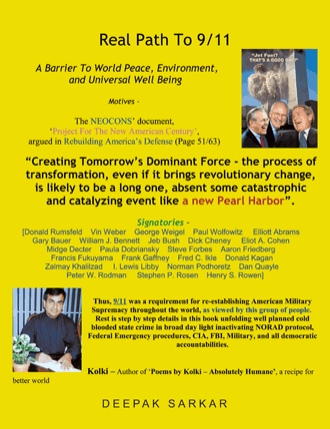 [Abstract: On February 14, 2005, a car bomb explosion killed former Lebanese Prime Minister Rafik Hariri and several other people in his convoy. Following the incident USA/NATO along with the European Union called for an inquiry into the matter resulting in immediate UN Security Council Resolution 1595 for setting up an international commission of investigation. Ironically the same US Administration and Government opposed and/or derailed 9/11 public investigation to investigate killings of approximately 3000 citizens including firefighters, US military personnel and destruction of the World Trade Center Complex and part of the Pentagon housing the state-of-the-art Navy Command Center (NCC). To this date, most of the 9/11 anomalies contradict the faith based official speculative reasoning of the massively planned precisely enacted terrorism inside USA evading super power intelligence, evasive FBI, counter terrorism protective measures, pre-emptive media, aggressive military, and vigilant NORAD. This well researched paper would expose factually that US military, CIA, FBI, President, Vice President, FAA, NORAD and Counter Terrorism, even key Senate and Congressional members were directly responsible for the success of 9/11 attack on WTC and Pentagon inflicting related deaths, destruction and sufferings for world citizens. To respect rule-of-law and proof-of-conviction, better late than never, like Hariri Tribunal, UN and European Union must help ‘The Americans’ establish 9/11 Truth once for all with open public investigation Immediately to diagnose the very reason for the expensive and devastating ongoing global ‘War on Terror’!]

Ever wondered as an American or world citizen why the deified protectors of America like Superman, Batman, and Spiderman couldn’t save New York City and Pentagon on 9/11/2001? Then you should have also wondered where they were hiding during the Anthrax attack on Democratic senators and media critical to the legitimacy of the Bush Presidency stopping Florida State vote counts! Well, they were fooled like other ordinary citizens because they couldn’t recognise evil within trusted law enforcements, agents, military, and government(s)! That is why all efforts of congressional and public inquiry were unitedly evaded, blocked, and finally disinformed citizens through a much delayed poorly funded ($3 Million -> $15 Million; compared to $80 Million spent for investigating President Clinton’s White Water deal and personal sex life) face saving biased commission which carefully ignored honest testimonials, trivial evidences, and conveniently adjusted timelines to support the Government Conspiracy Theory blaming alleged dead hijackers with box cutters for the massively well planned, well financed, well coordinated, well guarded precision destruction (3000+ victims) on US soil.

Let us hear Sibel Edmonds, former FBI translator, "If they were to do real investigations we would see several significant high level criminal prosecutions in this country. And that is something that they are not going to let out. And, believe me; they will do everything to cover this up." [http://www.kolki.com/peace/FBI-Translator-Sibel-Edmonds-Interview.htm]

Let us also hear from Senator John McCain (R-Arizona) who sponsored legislation creating the 9/11 commission: “But getting White House cooperation will not be easy, The Bush administration slow-walked and stonewalled the congressional inquiry. I don’t see how you can have a thorough investigation without talking to the people who were in charge throughout the time period prior to 9/11” [Craig Cox, Utne.com].

A thorough review of how Government procedures normally worked in USA including Federal Aviation Authority, Military, CIA, FBI, NSA, Counter Terrorism and NORAD (Joint North American Air Defense), would make it obvious that neither GOD (?) could do 9/11 nor the Russian Army. Bin Laden might have thought about it like many victims of US Foreign Policy Blunders around the world but simply didn't have the means, expertise, massive manpower to plan and accomplish something like 9/11 in broad day light, especially on 9/11/2001 when military and NORAD were at the highest state of alert and readiness. Thus the official version is a conspiracy against Bin Laden and Islam for convenience of war on terror to kill ancient people and destroy their land for Evangelical Crusades, private military & oil industry gains, and NATO expansion!

Let us begin this article with a quote from NEOCONS’ favourite Winston Churchill’s dictum that, “In wartime, truth is so precious that she should always be attended by a bodyguard of lies.” NEOCONS’ dossier ‘Project of the New American Century (PNAC)’ was all about starting wars for the century concocting ‘New Pearl Harbour’! It was no wonder that Bush Administration lied 935 times before illegal invasion of Iraq as well. Irish statesman John Philpot Curran once said, “The condition upon which God hath given liberty to man is eternal vigilance”.

Here is a short list of outstanding questions about 9/11 to remind the world why citizens must be vigilant:

Why NORAD hijacking protocol was changed before 9/11 especially sending the new responsible coordinator Mike Canavan to Puerto Rico without back up? [http://www.kolki.com/peace/NORAD-Hijacking-Protocol.htm]

The most important Government Action which led to the success of the 9/11 destruction inside USA was the change in NORAD hijacking protocol before 9/11: Per 1st Air Force's own book about 9/11, the “sector commander [at NEADS] would have authority to scramble the airplanes.”).

Standard order was to shoot down any non-military aircraft entering the “Prohibited” airspace over Washington, in which “Civilian flying is prohibited at all times” (“Pilots Notified of Restricted Airspace; Violators Face Military Action,” FAA Press Release, September 28, 2001).

(Note. Yet no military action was taken to evacuate and save Pentagon despite Defense Secretary Donald Rumsfeld’s conviction to Representative Christopher Cox (R) after watching the second plane (UA175) hit WTC south tower, “Believe me, this isn’t over yet. There’s going to be another attack, and it could be us!”) 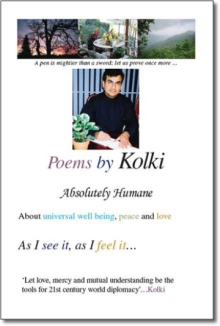 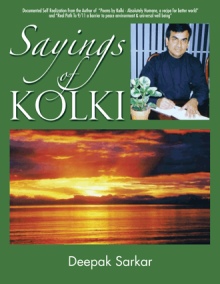 9/11 saga unfolded in front of my televisionic eyes from the beginning when I was watching morning News on CNN which started broadcasting the first Airplane hit the World Trade Center right around 8:50AM, 4 minutes after the apparent collision. Then the second Airplane hit the other tower almost missing the building absence of sharp last moment manoeuvre! Then with utter disbelief I watched one tower fell on itself in seconds and then the other. As an engineer I could only recollect planned demolitions watched in Atlantic City and Las Vegas!

To utter surprise both President Bush and Vice President Cheney openly vouched against Congressional Inquiries and public investigation. Watched helplessly the Anthrax attack followed by 9/11 targeting democratic senators and media critical to new administration. Watched how quickly evidences were being removed and sold/destroyed from crime scene as well as military manoeuvring in Afghanistan while the fire in WTC and Pentagon still burning. Watched how coherently administration, military, CIA, FBI, FAA, NSA, and media blamed Bin Laden and Al-Qaeda without addressing trivial anomalies.

This book is an honest effort from a conscious world citizen of establishing 9/11 truth addressing most trivial anomalies so far avoided by media and politicians.

Kolki is well known in the book world for "Poems by Kolki - Absolutely Humane" a poetic recipe for better world. His writings about universal peace and well being received worldwide appreciation. Well researched Real Path To 9/11 is his detective creativity exposing truth needed for lasting global understandings and peace. He was honoured with 2010 “Excellence in World Poetry Award” by the International Poets Academy.