The Etherean Travellers and the Magical Child 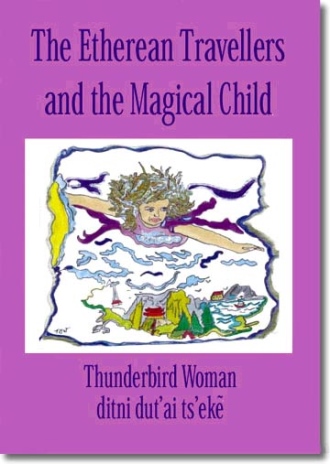 The Etherean Travellers and the Magical Child is a story of hope for the soul and humanity. It offers people a chance to expand their spiritual horizons, to take away the fear of death and dying, to become aware and empowered so that they can overcome all things. A wide range of topics, such as the explanation of spontaneous combustion and otherworldly experiences, is included.

This is a spiritual book with a twist! It awakens people to what is really happening in the world. It teaches people to live "in the know," and not "in the now." Travellers from the Etherean Worlds provide controversial information in a blatantly honest manner, broaching subjects such as government, law enforcement and religion. Forecasts of worldwide events provide a glimpse into our future and allow a chance for preparedness.

Intended to raise consciousness globally, it is one of the most explosive spiritual books ever written!

Note: October 2003 - Red hot! Are you in danger from the ones in control? 50 new pages that will rock your boat have been added in the updated edition.

Thunderbird Woman, also known as Hehpsehboah, is a renowned messenger, prophet, healer and spiritual teacher - the one the media have compared with Mahatma Gandhi and Martin Luther King Jr for the powerful message of change and peace she brings - the one whose arrival was foretold in Zarathustrian writings and encoded in the Veda, Torah, Kabala, Bible and Tibetan writings - the one who some call the Lady Messiah - the one who is here to help awaken mankind to their highest spiritual selves in these times of renewal.

As creator of a live stage production called The Cosmic Energy Experience as well as host of a talk radio show, she brings a powerful message of change and hope to mankind. By raising awareness and offering solutions, she awakens people to their own empowerment.

Hehpsehboah's beginnings were auspicious to say the least, having been "born" into a most unusual family in the Netherlands. Her custodial mother, a Mi'kmaq Princess, and her custodial father, an industrialist blueblood from one of the oldest families in Europe, lived in a 128-room palace. Mixing Native American tradition with Jewish faith on her mother's side and strong Roman Catholic ties on her father's side, the custodial parents presented a spiritually diverse outlook on life. It proved to be the right recipe to guide Hehpsehboah in understanding all races, creeds and colors plus the fallacies and hatred of mankind in their day-to-day struggles. Later, as Countess of Ragusa, in an ancient Jewish blueblood family, Hehpsehboah saw yet another side of life. It would later be her choice and destiny, however, to enter a life of service to humanity and mother earth. While she spent her early life in Europe, Hehpsehboah now calls Canada home. Hehpsehboah's new book, Whispers from the Soul, Treasures of Truth will be out by the end of 2003.