The Making of a Quality Manager 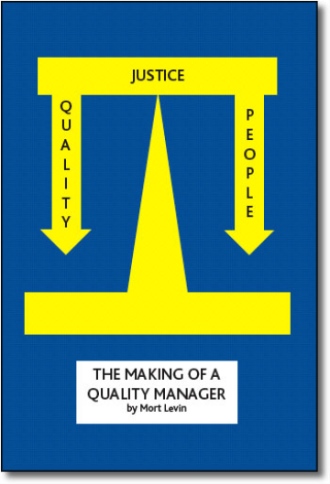 My introduction into quality management was a step function. One day I was preparing to return from a sabbatical granted while I was engineering manager. A few days later I was named quality manager. This was the early 1970s, well before the advent of the publicized push to improve quality and the now well-known programs as epitomized by Six Sigma. In the beginning it seemed that I was expected to insure that no problem products left the company. At the same time, I did not have that much direct influence on the level of quality or on making improvements. I knew that I would not be content with this arrangement.

I have been retired for some time. These stories are about how I managed in this environment and what I learned about helping others do a "quality" job. The reader will not find examples of sudden major transformations. Instead, there will be accounts of achieving results, bit by bit, when many "talk the talk" and only a few "walk the walk". We were known for high quality products but, considering that we were delivering to the medical community, were we good enough? How much money were we wasting because we were not putting forth maximum effort to improve? Although my experience was with the design, manufacture and delivery of electrical medical devices, the lessons learned are applicable to any operation.

My sense from the literature that I still read and from conversations is that some quality managers, the newer ones as well as those who have experience, are facing problems similar to my early ones. I hope that this saga will help them in their efforts to move forward and not to become discouraged. I learned that managing quality is much more than numbers. Its about people.

The experiences described are with a manufacturer of medical devices but they can be found in any other enterprise. The lessons learned were basically about management.

His book, How to Fail an FDA Quality Audit, published in 1996, provided insights on why medical device companies sometimes failed in fulfilling their quality and compliance responsibilities. It described the duties of management and showed the foundations of quality programs for a medical device manufacturer or any other enterprise that has the goal of providing safe and effective products. This book, The Making of a Quality Manager, describes his experiences as a new quality manager who operated in an environment where improvement was not yet a full-blown activity.

He has been president and chairman of the Association for the Advancement of Medical Instrumentation and has served on its standards committees. He was a member of the Electrical Safety Committee of the Canadian Standards Association. He has also been an active member of several of the medical device standards committees of the International Electrotechnical Commission. This organization produces standards for the safety and performance of electromedical devices. He was a contributing author for the IEEE Recommended Practice for Electrical Systems in Health Care Facilities (Institute of Electrical and Electronic Engineers, 1986) and the Handbook of Biomedical Engineering (Academic Press. Inc., 1985). He has published in Biomedical Instrumentation and Technology. Perception of Chassis leakage Current appeared in 1991 and More Than Standards and Regulations are Needed to Provide Safe and Effective Medical Devices appeared in 2001.