My Own Sweet Time 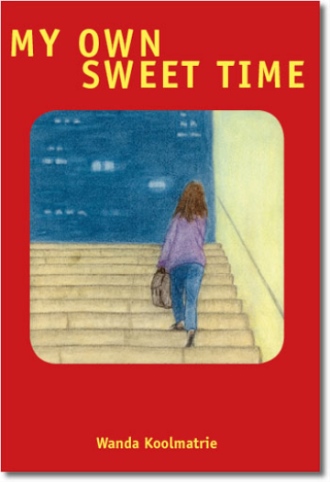 In March 1997, the front page headline on Sydney's Daily Telegraph read "Great White Hoax." It referred to the confession by Leon Carmen, a white male, that he'd written My Own Sweet Time, an award-winning novel hitherto believed to be the work of a part-aboriginal woman, Wanda Koolmatrie. The book had been used in the 1996 New South Wales HSC English exam, and an excerpt included in a recent anthology of high profile autobiography. My Own Sweet Time had also taken out the Dobbie Award for a first novel by a woman writer. There was embarrassment and much fury. The book was withdrawn from sale, the Dobbie prize money retrieved, and Carmen's agent John Bayley raided by the police. The outcry lasted for a week or more, the topic dominating talk-back radio and letters to the Editor. Some people supported Carmen, some didn't. There was an accusation of "cultural theft" by those who clearly hadn't read the novel. My Own Sweet Time deals in a general way with urban Australia in the sixties and early seventies, with Wanda's Aboriginality barely relevant to most of the proceedings... In brief, the narrative runs thus - Wanda's childhood has been spent with white foster parents in sleepy South Australia. At age seventeen, she heads for the city of Melbourne, where she meets Simon, a draft-dodge facilitator, who offers her a room. Wanda has already begun writing song lyrics, which she sends to a singer friend of Simon's in America... Returning to South Australia for a visit, she's soon tangling with hippiedom and rock'n'roll bands. Then to Sydney, and writing for an inner city theater group directed by an Aboriginal man, Bill Jacob...

According to a (pre-revelation) review by poet Dorothy Hewett,
This heartening comic odyssey cries out for a sequel. It could be the start of a new genre.

Wanda Koolmatrie is now back in business.

Leon Carmen was born and educated in South Australia. Wearied by a string of menial jobs, such as cabbie, musician, et cetera, he turned to story telling. As Wanda Koolmatrie, he wrote My Own Sweet Time, which won the $5000 Dobbie Award, the prize later being recalled when the author drew attention to Wanda's fictional status. Mr. Carmen now lives in Ireland.