An Overview of Extraterrestrial Races

Who is Who in the Greatest Game of History 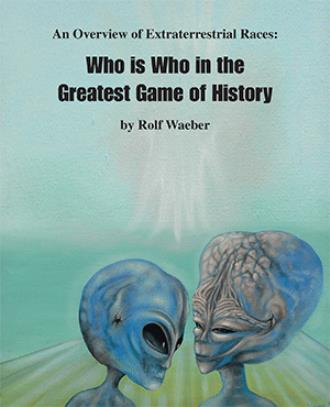 The Earth is only a tiny cell within the body of the universe. There are billions of galaxies, each with billions of stars; we call our star – the Sun. One can only wonder what other names were given to the billions of suns out there. One wonders how many billions of planets support life, as we know it, or lives beyond our imagination.

"Where the suns shine there is life" - reads the inscription on a circular bronze object dated 1122 - 1236 BCE (Chou Dynasty). Even though time is the greatest enemy of history, from which a huge chunk is missing, still there is enough information to put the jigsaw puzzle together. The ancient scriptures of many cultures, the artifacts, the paintings, and prehistoric cave art provide an abundance of proof. What about the stories passed on from generation to generation of the ancient tribes? How on Earth did so called primitive people from the Dogon tribe know and worship for thousands of years the visitors from the distant star that was only "discovered" decades ago. All of the above and more open the pages of a book filled with overwhelming evidence, that the planet Earth was visited by super intelligent extraterrestrial races since the beginning of times. The ancients knew it, saw it, and some could even explain it, all those magical encounters, unbelievable technology, amazing and unfamiliar appearances of the visitors, beguiling those who witnessed, they saw a glorious mighty power and worshipped it. The god has arrived! The stories multiplied and changed with the speed of light. Some ancients worshipped the Sun - the life giver, it literally is. I wonder where from they got that accurate information?! Hmm.... It is a fact that the star started it all and sustained it for billions of years. We are all so different; the human people, the alien people, all of the animal and plant kingdom, the planets, the stars, the objects around us, all so different in appearance, yet, all made practically of the same. We are and everything else visible and invisible truly the stardust. We are one.

With all the information that is available, how ignorant it would be to think that the Earth is the only planet in the infinite universe that contains life. If it could happen here, it could and did happen on countless other planets, we just didn't find them yet. They found us instead.

Not so long ago the belief was that Earth is the center of the universe, flat as a pancake supported by giant turtles. It is laughable now, but then, if anyone would try to question that ludicrous theory, one would die by the sadistic and brutal hand of the church. Millions forced to die in agony, in the fire of hate, ignorance and lie. Giordano Bruno (1548-1600), one of the most brilliant and progressive minds of his time, was one of the many to die for the truth. If only a few like Giordano were given a chance to live, think and speak out then... our world would most probably be a better place now.

The humans should learn from history, so not to repeat the same shameful mistakes, but do they?! Instead of creating wonders, the human mind is capable of, they savagely kill each other for money, oil, power, or land, which gets destroyed day by day, polluting the air, flattening the rain forests, contaminating the water etc... And after all this, they call themselves civilized. The human species have yet far to go to earn this title, and then maybe they will be ready for acceptance by an intergalactic community. Yes, the humans are still a primitive species, but one can't be too hard on them, as they are only in their infancy; some only a few hours in life, some weeks or months, in a cosmic scale. The advanced ones don't get burned at the stake anymore, but they suffer for the truth, by being ridiculed and sometimes even silenced. Who knows how long it will take for the human species to face the truth, decades, centuries, millennia, that is, if they don't destroy one other in the mean time.

Maybe with ETs intervention the humans will learn how to live in harmony with each other and nature. After all, everything and everyone is interconnected in the universe. One day, when the humans are fully grown, they will reach the distant worlds and maybe even help some beginners of the cosmic family and become a contributing factor in their development, as we were helped once by our star cousins back in a distant past. Then we will become the gods, but for now the humans are still in their nappies. Well, one has to crawl before one walks, running and flying comes later, much later. Despite it all, look what the humans achieved in only the last 100 years and the possibilities lying ahead.

Imagine other civilizations which are thousand or even millions of years older than ours! What are they capable of? Growing artificial planets? Creating the atmosphere in a world where there's none? Defying gravity? Finding cosmic shortcuts and traveling from star to star which are light-years apart? Living in peace???

So it's best to leave all these questions open and just wonder...

To view an article about the book, please visit http://www.book-of-thoth.com/article1696.html.

Rolf Waeber was born in 1955 in the small village of Scherzingen in Switzerland. After school education he began to study all about computers.

Since 1973 he has worked as a mainframe computer analyst and programmer. He speaks fluent German, Spanish and English, and also understands French and Italian.

He left Switzerland in 1994 and lived for five years in Ecuador, South America where he worked temporarily as a tour guide and climbed several mountains. He made extensive tours in the highlands where he came in contact with the Inca culture.

He came back to Switzerland in November 1999 because of political upheavals in the Andean country and is now living in Zurich, Switzerland.

At the early age he was interested in science fiction, later in parapsychology, then in the whole esoteric world. He always was very interested about alien beings and UFOs. He was a member of a German and an American UFO group and attended several international meetings.

Made a trip for fire walking (walking with bare feet on charcoal at a temperature of about 800 degrees Celsius) and mastered this challenge with bravery.

He loves nature, especially the mountains, and is a passionate hiker.