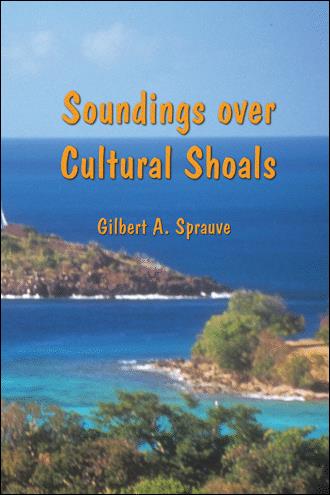 Fortunately, the cultural heritage of the Virgin Islands in being preserved in works such as this work Soundings Over Cultural Shoals by esteemed Virgin Islands author/academician Gilbert A. Sprauve.

The reader is led through exciting, fascinating and above all natural variations of the life of Virgin Islanders, life often unobserved and misunderstood from the visitor's point of view. Virgin Islanders will appreciate this work all the more because it portrays life as it is, and is seldom displayed in literature.

His stage credits include principal male role in the dramatic works of the two major diasporic writers of our times (both Nobel laureates), namely Wole Soyinka and Derek Walcott, as he played the major roles of Baroka, in The Lion and the Jewel and Papa Sam in Marie Laveaux.

He has served as senator-at-large (thus, representative for the island of St. John) and vice president in the legislature of the Virgin Islands.

In his retirement, he enjoys tennis, float fishing for yellowtail snappers and trolling aboard his boat, "La Règle de Bronze".

His first published story, "The Queue", appeared in the The Literary Review in 1964.