A Background to Wills and Trusts in Kenya 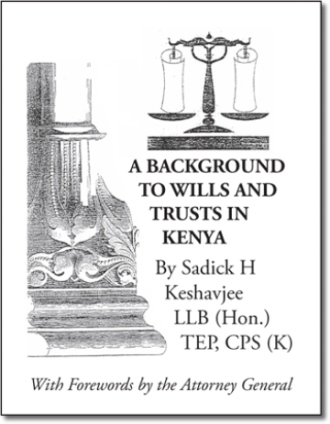 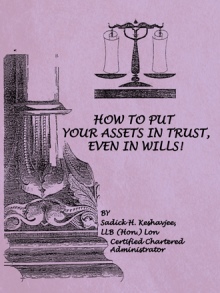 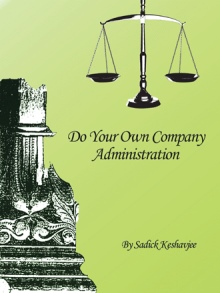 Do Your Own Company Administration
Sadick Keshavjee
$17.99 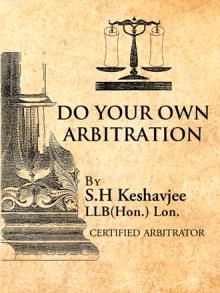 DO YOUR OWN ARBITRATION
S.H Keshavjee
$15.16

This treatise is the first of its kind on the subject, more so the first of is kind because it had an introductory outline of Islamic succession law. This book is a watershed on topics that has been mostly treated with awe. It has been found to be a simple, analytical restatement of the basic legal principles dotted with hallmark legal decisions reproduced in simple language and constant fluency.

It has been recommended for the international or Kenyan scholar as well those on the bench as well as legal practitioners and law students up to university level and generally those interested in the subject. It outlines suggestions on burial matters and “Living Wills” and “advance directives”.

The second edition has a section on Alternate Dispute Resolution systems in the context of wills and trusts. In the first edition, the author alluded to the need for a “wills Practitioner”. In this edition he refers to the worldwide Society of Trust and Estate Practitioners” which has already facilitated this in many countries.

He has included a chapter on the law reform scene in Canada in these fields, Human Genetic Intervention, the international scene with regard to the law of wills and trusts, all in the Kenya in context. This book is “all you wanted to know Wills and Trusts in Kenya but were afraid to ask”!

The first edition has forewords by the then Attorney General of Kenya in 1994, Hon S. Amos Wako EBS EGH MP

Sadick Keshavjee was born in South Africa, grew up in Kenya, and is currently based in Canada. He is a graduate in law from the University of London, England. He also studied to become a Chartered Secretary of UK. Subsequent to that he studied to become a Certified Arbitrator (AB) part time at the University of Calgary. He has always spoken English at home and at school.

He is a member of the Worldwide Society of Trust and Estate Practitioners, and a Certified Public Secretary (Kenya).

He has been dubbed “an incorrigible migrator” but he says he will endeavour to go anywhere in search for knowledge, so as to eventually share it.

His two adult children who helped him with the second edition are University Students in Canada. Naveeda is studying Political Science at Queens University and Nadeem business at the Richard Ivey Business School at the university of western Ontario.

Whilst he is near his children during their formative years he continues studies and is busy with his next book which is on international personal Arbitration issues.

All his studies have been either part time or as a distance learning student.