The Shape of God

Secrets, Tales, and Legends of the Dawn Warriors 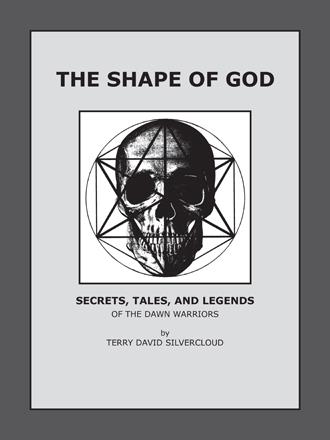 I will prove to you that the Earth has never made a circle (nor an ellipse) around the Sun and never will. I will prove to you that something DOES go much faster than light and that it does, indeed, curve space. The stuff that goes faster than light is the "sub-atomic" stuff that presents to us the stuff we call matter. How about that? And that's just the beginning of surprises.

Born in Hamilton, Ontario, in 1944, David Silvercloud has served as an officer in the Royal Canadian Navy and on loan to the Royal Navy. A navigator and submariner, he left the forces to start his own retail clothing store.

Leaving that business behind, David roamed England, and Europe before returning to Canada. Over time he was a child-care worker with juvenile delinquent boys, a construction worker, taxi driver, renovator of houses and apartments, electrician, real estate salesperson, manager of a law firm copy shop, professional commercial photographer and assistant, dark room worker and stat camera operator, professional photographic studio equipment sales and rentals, and artist. His photographs have been published in magazines, monograms, hard cover books, and anthologies in Italy, Germany, England, Holland, Canada, and the United States and numerous periodicals.

David decided to retire in 1997 and moved from Toronto to Vancouver to pursue his painting and develop his skills. Once in Vancouver he explored the internet business, taught himself how to use a computer and some computer language, learned a few programs, developed websites and worked on newspaper layout and design. After a year or two of that he decided that the internet was too risky to put more money into and pulled the plug, becoming quite reclusive while he explored religions, history, and general relativity. He had an insight regarding the nature of relativity in 2002 after reading a book on the subject and, during a conversation with his mother, she said to him that he ought to write his ideas down.

He had a computer he wasn't using any more, and decided to write a book. After 4 years of notes he assembled the book, The Shape of God doing the typesetting, layout, and proofing himself, and self-publishing.

David, or Cloudy as he is known to his friends, currently resides in Vancouver, British Columbia where he pursues his love of painting, living on a small retirement pension.