Aurora: Shipping Out in the late 1970s 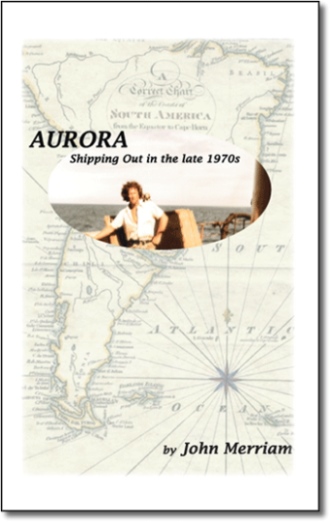 Callao, Lima’s outlet to the sea, was our last stop before returning to the U.S. I’d made a deal with the 12-4 Oiler, Eddie, to take a day off there so I could look for a parrot and make good on my promise. We were on port (“donkey”) watches and I had to work until four in the afternoon before I was relieved.

None of the open-air markets in Lima had what I wanted. Inquiries led to a man behind a stall selling pet supplies. He was a dark-haired fellow with a black mustache, who looked mestizo, and said he had a parrot at his house that was very talkative, a “yellow-head”. He said he would sell the yellow-head if the price was right. When I agreed to look at his bird, he shut down the stand and we left the market in his car, a beat-up Ford Falcon sedan of early ‘60s vintage.

We drove for half an hour through sprawling suburbs--most of the houses were constructed of cinderblock or something that looked similar--to get to the man’s adobe-like house in a nondescript neighborhood outside Lima. I was taken only as far as the front room--a sparsely furnished space with a four-foot-long wooden table, several chairs, and a window that faced the street. All the occupants of the house appeared to be in that one room when I arrived. I counted five brown-skinned kids--ranging in age from a toddler to a couple of teenagers--along with their mother, and a parrot the size of a house cat. . . . The parrot in their midst had multi-colored plumage, mostly green, with only a trace of yellow head-feathers. With two large toes pointed forward and two more pointing aft, it was perched on the back of a chair, seemingly holding court. The kids were all jabbering to it at the same time. I gathered that the parrot was called Aurora, “the dawn” in English, a female name. She held her own, conversing with all five of those punks, using words that were beyond my Spanish vocabulary.

Aurora was perfect. I asked the father for a price. After about twenty minutes of intense dickering, we struck a deal. For the equivalent of $70 in Peruvian soles I got a parrot and a ride back to my ship.

The children had long faces when their father walked me to his car with Aurora. “Negocios (business),” he yelled at them as we drove away. I felt bad about taking the parrot away from those kids but decided it was more important to keep the promise I had made to Kaye.

The birdseller drove me back to my ship with Aurora perched on his left shoulder. We spoke little. He answered my occasional questions about caring for a parrot but seemed more interested in talking to Aurora. They appeared to have quite a bond. Because the man had his head turned away from me, I could not make out the words he spoke to her in a soothing tone. But whatever he said was effective because Aurora was calm and cooing softly when we got to the dock. Offering his right index finger as a perch, he passed her over to me. I thanked him as I tucked her under my shirt. I felt like the kidnapper I was but, for some reason, Aurora was quiet and didn’t move while she was next to my chest.

Out of the car, I deliberately stumbled up the gangway like I was drunk. I wanted the AB on gangway watch to think the bulge in my shirt was a jug of rum. Even though alcohol was technically forbidden on ship, the rule wasn’t enforced. The AB would get into big trouble, on the other hand, if he knowingly let birds aboard.

Around the time of the Sandinista Revolution in Nicaragua, the U.S.-flagged merchant ship S.S. Del Oro departs Tacoma, Washington, bound for ports in Central and South America. Some unmarked crates in one of the holds are to be delivered to the Del Oro’s first stop after the U.S.: Nicaragua.

The narrator, Oiler on the 8-12 watch in the engine room, had promised to smuggle a parrot from South America back to his girlfriend in Seattle, risking prison to impress a beautiful woman.

Against a backdrop of the collapsing dictatorship of Anastasio Somoza in Nicaragua, read how a merchant seaman combs through ports on the west coast of Latin America in search of a parrot, usually in the company of his rum-soaked shipmates.

This true story, set in 1979, shows the ambivalence of the Jimmy Carter administration toward Somoza and the Sandinista rebels, before Somoza’s flight to luxurious exile in Florida and the Reagan Administration’s later backing of the Contras. The story also shows to what lengths a man will go to keep the promise made to a woman he is courting.

As the S.S. Del Oro rolls on gentle swells, steaming down the west coast of the Americas at 18 knots, you will be introduced to life in the engine room on a steamship. Read what happens when the author finds a parrot for his girlfriend and tries to smuggle it to the U.S.

John Merriam was an unlicensed seaman in the U.S. merchant marine for twelve years,
while working his way through college and law school. He caught his first ship in 1970, a freighter in New Orleans bound for Saigon with a load of tanks and trucks for ARVN (Army of the Republic of Viet Nam). All told, the author worked aboard 17 freighters and tankers in 12 different job classifications for the deck, engine and steward departments.

Other employment, before and during shipping out, included 19 full-time jobs in eight
states ranging from carpenter to cab driver, roustabout in the oil fields to factory worker on an assembly line, and almost 20 years part-time as a downhill ski instructor on weekends.

Mr. Merriam received a scholarship from the Seafarers International Union which paid
for his law school tuition. Passing the bar in 1982, he was associate and then partner at a small law firm in Seattle before starting his own firm in 1996. His first maritime case after law school was to sue Ronald Reagan for shutting down the system of Marine Hospitals (taken over by the U.S. Public Health Service Hospitals) in 1982. The case was appealed all the way to the U.S. Supreme Court but ultimately failed.

Mr. Merriam now restricts his practice to representing individuals with maritime law
claims for wages or injury. He is a sole practitioner with an office at Seattle's Fishermen's Terminal.

The author lives with his wife, Kaye Walker, in Shoreline, Washington.