Life Behind the Iron Curtain 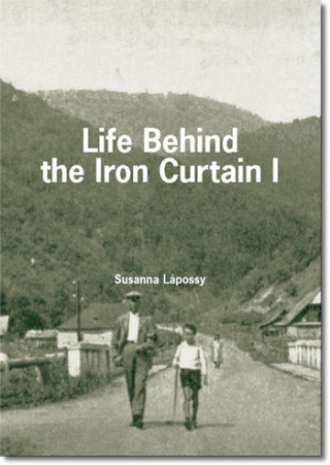 When I was already one, Uncle Charles employed an au-pair girl for me. Ann was a 14 years old of Ukrainian nationality. She was with me all day; we played and were swinging together, tried to catch butterflies in the vegetable garden etc., but in the evening she always returned home. Ann was a very good hearted; neat and quick worker. Every morning she brought us milk. We became very good friends. Uncle Charles charged her with the cleaning the pharmacy and of the jars etc. I myself helped her regularly when I was 6-8 years old. I enjoyed the bathing the blood-suckers. At that time leeches were used as a therapy for example against high blood-pressure and the doctor put these small animals on the feet and hands of the patient. The animals filled themselves completely with blood and became like small balls. I bathed these tiny animals with Ann twice or three times a week and put them into a jar of fresh water. I liked this job so much that I never missed it. It was a good game indeed to put them from the first great bottle into the other one with a great spoon. The stream Latorca The stream flows through the whole Alsóverecke and follows its course to the Verecke pass where between the two hillsides there is only room for it and the road. From there the stream flows south to Munkács and later to the west into the river Tisza. We thought it was a calm and peaceful little stream until one day of our Verecke holiday, when the following tragic thing happened. Our house was on the main street where behind two rows of houses the stream was flowing and behind that towered the 450 ms high hill, the Magura, on the green meadows of which children used to pasture geese. From early morning the sky was cloudy. We played on the veranda with Buster when suddenly complete darkness covered the world, there was thunder and lightening and we were called into the room. There standing by the window I could see the following: the hill opposite us disappeared and a thick gray and white cloud was rolling downhill and approached us as if it were smoke. It began to rain hard, so that not even the gate could be seen. It rained continually till late afternoon. In the evening some people came into the pharmacy and told us that in the Main square the strong timber bridge over the stream had broken and been swept away like match pieces. Within minutes the peaceful little stream became a two and a half meter high giant threatening water column. The most tragic thing was when the body of a girl and a boy was found, who were previously pasturing their geese. In the valley a man was putting hay in his two-horse cart. The cart and the horses were found hanging among the branches of a high tree, but the owner couldn't be found, the flood must have swept him away. Some other people also disappeared in that terrible flood! Although I was only six years old at that time I can still see that thick cloud rolling down the hillside. p.51. Wolves! Coming back from Volóc and on top of a smaller hill between Volóc and Verecke Uncle Charles made the taxi stop, we got out and told us the following story: "One winter day the whole region, the Mountains and woods dressed in snow-white clothes. I was younger and did not use a taxi, because there wasn't any in the village at all, so I traveled on a cart with the coachman to the Volóc railway station. There I collected the medicines ordered from Prague. We put the parcels on the sleigh. On the neck of the horses there were bells, the sound of which nearly rang us to sleep. The sun was about to set when we reached the top of the hill. Suddenly a bumping woke me up. Scared we saw that the horses, frightened by something, had reared up and pushed the sleigh backwards. The coachman mutely pointed towards the woods, where motionless dark shadows with what looked like sparkling eyes were sitting side by side. These are wolves! - came to my mind, but I didn't say it aloud because of the scared coachman. Silently and calmly I asked him just take firm hold of the horses and give them the command to run. He did so and the horses started to sprint! Looking back to the shadows, they appeared every time to be more distant, and did not move. Only when we finally came down from the hill into the valley and the lights of the houses in the village lighted the snowy street before us we could speak a word. I told the coachman that our trip was successful, because we didn't have to throw the medicine parcels to the wolves!” After this story we sat back into the taxi quite scared. Because for us, Budapest children such things were unimaginable.

About the book The book "Life Behind the Iron Curtain I" shows the 20th century history through the authoress' life. The story begins at her father's birthplace Verecke, where ancient Hungarians conquered and founded Hungary. She spent happy long holidays there for 18 years. It was translated and sent to England by to acquaintances, whose opinion follows: Mollie & Fred Green: We were all very interested indeed to read your mother-in-law's memoires. I must emphasize how enjoyable we've found this book. The memories are fantastic, the descriptions so vivid I fell under its spell and just feel as if I've been transported back with her and actually "feeling" the atmosphere and seeing the houses, garden etc. I'd like to meet the authoress one day. I feel she's a remarkable woman and was very fortunate to belong to such a loving family. She seems to have "taken me right into her family"- it's incredible! I'm just reading and reading the next installment of the most interesting story. We all love it. I wish I was as gifted as she. I can't read enough about her life. So we're eagerly awaiting the next transcript. To me it's like reading the script on one of those beloved old films we just loved to sit, watch, soft times cry, then we'd walk home, talk about how it was' for days. I just don't want it to end. What pleasure reading this book has brought to me! When it arrives in my post box I rush to open it. The description of her mother brought tears to my eyes- she had such overwhelming love. All through her life she's been surrounded with people who loved her and she returned this. The world would be a wonderful place if we could all have received and returned love! We recommend this book to all, who like adventurous, readable and unforgettable books.

Author biography Susanna/Zsuzsanna Lápossy started to write her book relatively late, at mature age. Her life was started in the 1920-s. She graduated in the Collegiate School for Schoolmistress Studies in 1942. During her checkered carrier she worked as a secretary, a worker in a textile factory, a hygienie gymnastics teacher for lame children, later for twelve years as teacher of first class for boys at elementary school. Out of her two marriages a daughter and four sons were born. The highly popular "searching for the roots" motivated her to write down her memoirs for her five wonderful children, 10 talented nice grandchildren and two great-grandchildren. The reason was to make her adventurous, highly exciting and happy or deeply sad stories of her life and also those of her ancestors!