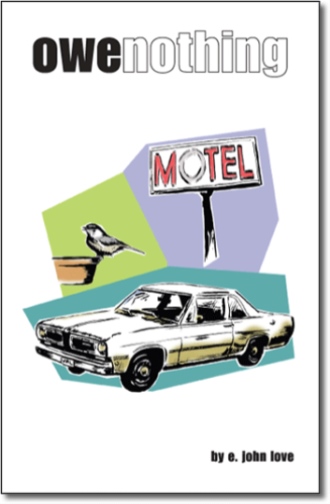 When the time came, they went in to see Bill, who motioned for them to sit down and closed his office door. In a matter-of-fact tone, Bill recounted the story of how Mac would be leaving the company and needed to be replaced. He looked at Parm as he said this first part but then looked at Jack and added, “And as for you, well, it looks like you and Parm work well together and make a good team, so you’re in, if you want to be.”

“Sure thing, Bill, but I—” Jack started.

“Hang on,” Parm interrupted. “Before we agree to do anything extra for you, we gotta know exactly what kind of work we’re talking about.”

Bill grinned and raised his hand in a gesture of mock submission. “Okay, okay. Don’t worry. I wouldn’t ask you guys to do something for me without telling you what it was all about first. Mac was even greener than you two when he first got promoted, for chrissake!” Bill’s voice now had an irritated edge. “Make yourselves comfortable. There’s a lot to talk about, and if you repeat a word of this, you’re both gone. Got it?”

Parm looked at Bill suspiciously. Jack raised his eyebrows when he heard the word “gone” instead of “fired.” Jack tried to act casual and cool but he felt himself tensing up. He resisted the urge to lean forward in his chair.

“The deal is this,” Bill began. “Insiders perform, er, special jobs for the company.” At the word “special,” Bill made eye contact with each of them in turn. “Forget the car wash for now, okay? There’s a nuther aspeck to it.” Jack chuckled at Bill’s pronunciation of the word “aspect.”

“Insiders gotta do a lotta night work, late hours doing special tasks for some of Paradise’s friends.” Bill paused to look for a reaction before continuing. “These tasks got nuthin’ to do with cars and crap. Totally different kind of work.”

“So, how do you know we’re going to want to do any of this night stuff?” Parm asked, the agitation evident in his voice. “You haven’t told us any real details yet. What exactly are these tasks? What do they pay?”

“Keep your pants on. I’m getting there.” Bill shifted in his chair and cleared his throat. “First,” he continued, “the Paradise is owned by a number of different people. Some of these people need the night work done, so they ask me and I get guys to do it, like sub-contracting.”

Bill’s face had no expression, something Jack had never seen before. His voice pitched low and became raspy as he spoke again.

“I wouldn’t have asked you guys to get involved in this, but I don’t have a choice. Here it is. Paradise recruits people for special types of work. You may be asked to follow people, watch them, gather information about them, and then give it to me.”

Jack couldn’t believe his ears. This had to be some kind of practical joke!

“You’ll be part of a sort of network, affiliated with other guys doing the same kind of stuff. For the most part, you won’t meet these other guys; you’ll just work on your own or in pairs.”

“Go on, Bill” Jack prompted. He figured this was just the tip of some bizarre iceberg.

“These owners are my bosses. They have their own reasons for needing specific information from certain people. These bosses are basically good guys and everything will work out fine so long as you two are careful, quiet, and don’t ask me questions. You don’t ask and I don’t tell. Got that? That’s the way this has to be done.”

Parm finally came back to life. “So that’s what Mac was? One of your nighttime guys?”

“So why did he quit all of a sudden? Mac told me he was making good money doing that extra stuff for you, being an Insider. I know he’s got a wife and kid at home to support. So why the hell would he quit everything all of a sudden? It doesn’t make any sense.” Parm was now leaning forward in his. He looked uncomfortable and didn’t appear to trust Bill.

Bill exhaled and seemed to shrink in his chair. The blank look on his face was replaced by his usual beleaguered but good-natured expression. Parm just glared at him.

“Look, Parm, Mac had some problems on a job so he decided he wanted to spend more time with his family instead. That’s why he is leaving. He wanted a change of pace.”

Jack looked at Bill’s eyes and hands again. It sounded like bull, a sales pitch of some sort. Parm wasn’t buying it, either. “Bullshit! Mac was scared! I saw his face! What freaked him out?” He was starting to sizzle. Jack looked at Bill, waiting for his answer.

Bill stared at his hands for a moment, let out a breath, and rose to his feet behind his desk. “Okay,” he said, jerking his head towards his office door, “C’mon and I’ll show you.”

Jack was relieved to step into the lobby outside Bill’s stuffy office and stretch his legs. The early evening air seemed chillier than normal. The Paradise was devoid of life except for the three of them. Overhead, fluorescent lights buzzed quietly, and somewhere, something dripped down onto the cement floor of the conveyor.

Bill wiped his sweaty forehead with an equally sweaty forearm and motioned for them to follow him toward the back of the shop, through the side door into the parking lot. Fresh air and the beginning of a beautiful dusky-brown sunset greeted them. The humidity and damp smell inside the Paradise became noticeable to Jack once they were out into the relative freshness of the parking lot.

Bill checked over his shoulders and then led them across to a small shed at the rear of the parking lot. Jack and Parm had to trot to keep up with Bill. Jack had seen this little shed every day but never considered it significant. Jack knew that some spare parts and long rubber hoses were stored in there, but he’d never really had a good look inside and was now curious. Bill jangled his keys, opened the smaller of the shed’s two doors, and groped around until he found the chain for the overhead light.

“C’mon in and close the door behind you.”

Inside the shed, it was dark, dusty and reeked of mildew and motor oil. Bill motioned them over to a large, covered shape that took up most of the interior area. Bill grabbed a flashlight and flicked it on. He reached across in front of them and yanked back hard on the corner of the large orange tarp, revealing Mac’s rusty 1988 Chevy Acadian.

“Why is Mac’s car here? Are you fixing it?” Jack asked. Maybe he would help Bill do a little mechanical work after all, he thought.

“Oh, it’s been fuckin’ fixed, all right. Look over here.” When Bill pointed the flashlight at the rear of the hatchback door, both of them saw what he meant. The rear windshield had a crack with what looked like a large ding in the middle of it, as if it had been hit by a large chunk of flying rock.

“You guys see that? You know what that is?”

Jack moved in closer and took a second look. Was it a bullet hole?

“It was hit four times as Mac was getting away. He’s fine but pretty shaken up by the whole thing.”

“No doubt!” Jack stared wide-eyed, imagining the spat! crack! of the glass being hit and broken. He pictured Mac driving in a frenzy, nearly out of control, white knuckles locked at ten and two. Mac must have thought this was how he was going to die!

Jack looked at Bill, ready for his explanation. For ten uncomfortable seconds, Bill just looked down, shaking his head, obviously deep in some internal monologue. With a deep sigh, he slowly pulled up the tarp to cover the car as though concealing a road kill. “This,” Bill said, “is what I’m asking you guys to get involved in."

"Owe Nothing", is a rough, offbeat little adventure-drama, proudly based in East Vancouver - a heartfelt ode to life in Kingsway's shabby motels. Featuring working-class heroes in unlikely situations, Owe Nothing combines humour, fantasy and intense drama with thoughtful, realistic characters. It's fantasy, based upon real people and places from the author's adolescence.

Jack Owen has gotten himself in over his head. At his low-paying day job, employees are leaving suddenly, and there's a car full of bullet holes stashed in his boss's maintenance shed. It's all starting to make him wonder just what kind of a car wash he's working for.

At home, his best friends Mike and Chris need to separate their mother Regina and their abusive step-father Ted before they kill each other. Maybe they can get rid of Ted somehow, without Regina finding out...

Then there's that old drunk in the neighbourhood who's been beating his dog. Somebody should do something about that guy.

How did Jack's life ever get so complicated, and how will he keep it all from his Dad and his sister?

E. John Love is an artist, designer and writer living in Vancouver, BC. His fiction combines adventure, offbeat humour and intense drama, placing working-class heroes into unlikely situations. Owe Nothing is his first book.

Visit his web site at ejohnlovebooks.com.