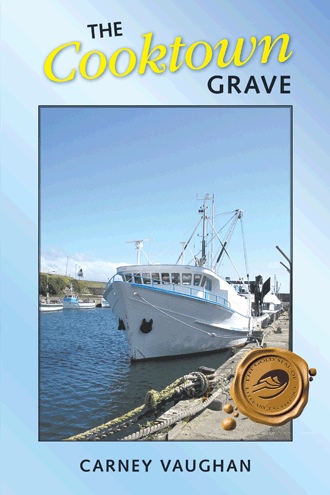 For orphaned twins, Danny and David Brannigan, it was said, 'growing up they were as close as two coats of paint.' If, as children, either was ever picked upon whoever did the picking would have to cope with both.

In adulthood Danny and his then boss, Jim Mitchell, were both murdered for asking the wrong questions and David, blamed for his brother's manslaughter, was gaoled but escaped.

Known only as Mac, a pseudo drunken bum and loner, David became hidden in the North Queensland fishing fleet without incident for the next ten years. But on a pub crawl in Cairns one evening he became the victim of a vicious assault and admitted - a comatose John Doe - to the Cairns Base Hospital. Upon waking David, feigning amnesia to avoid too close scrutiny by police was, nevertheless, photographed by the police roundsman from the Cairns Sentinel in an attempt to identify him. He fled the ward.

David's photo crossed the desks of two who sought his recapture. Detective Sergeant Russell Byers wanted him back in gaol to serve his remaining term. Phillip Benson, a drug baron and engineer of Danny's murder, wanted him dead, he sent two men on a mission to kill. One a psychopath, the other a neurotic coward. Along the way, they accounted for many innocent victims in their relentless, and ultimately successful, hunt for their quarry.

David and the two killers squared off on a muddy bank in the far north of Cape York Peninsula.

Carney is only six months older than Sydney's Harbour Bridge but has needed more coats of paint. He started his working life as a draughtsman in a small elevator company but workers on the factory floor seemed to be having more fun. He switched to the electrical trades which, at that time, seemed more interesting. In those days there were no Ôblack boxesÕ, everything broken had to be fixed. He counts himself lucky to have been around during those days. As an electrical contractor involved in furnace and boiler technology he has, in latter years, worked in many foreign countries. In his younger (more adventurous) period of life he chased money. He has worked as a builders labourer; swung a spall hammer in a Cape Otway quarry; dived for abalone in the cold waters off the Victorian coast; trawled for prawns in waters around North Queensland and Torres Strait and has worked a season chasing Banana prawns in the Gulf of Carpentaria. Carney has two children and, at the time of writing this, two feisty grandchildren who give him some stick. And he loves it. He and wife Bev (she with the patience of a saint) now live in quiet retirement in Thirroul, a beautiful village type town on the New South Wales coast just seventy kilometres south of Sydney. If life has provided him with only one lesson he says itÕs thisÉhumanism sits more comfortably than all other philosophies. Try it, give it a chance, it is so rewarding.