The Strength of My Spirit 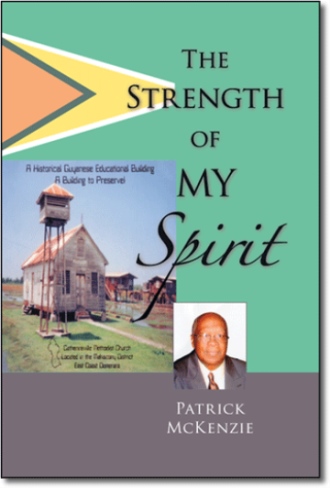 The book tells the story of he life of a boy who was born in a small obscure village under the British colonial system at a time of one of the world's greatest economic depressions. His conditions were barely livable, but the early strength of his character was nurtured in a strong and loving family that instilled the value of education. His small community which was in fact an extended family, provided the safety and security that allowed his horizons to have unlimited boundaries.

Among the first in his village to attend a high school, he later excelled in college in the United States of America having been spurred by the remarks of a supervisor who pointed out that he had talent and encouraged him to reach for the stars. After graduation from college he returned to his native country to serve and after a while he rose to the highest professional heights. For his service he was given a national award.

Given the choices of service to an international organization under the United Nations or to his country at a Cabinet level as Senior Minister of Agriculture in the Government, he chose the latter in spite of the crunching economic conditions that faced the world at that time and particularly his non-oil producing country. He was appointed Chief Whip in the Parliament while his party headed the government and continued as Whip when it was the major Opposition Party.

He left a trail of goodwill among farmers, professionals, businessmen and the general public through his direct involvement in technical and university education, in the financial sector as Chairman of the only Agricultural and Industrial Bank and in the international community particularly that of the Western Hemisphere.

He has had the privilege of official and social discussions with several Presidents, Prime Ministers and Governor Generals and represented his country in all the continents. The strength of his spirit has been his strong family ties that commenced with his great-great grandfather, William Thom who was a slave.

Patrick McKenzie was a teenager during World War II and a product of the British colonial era. After completing his studies at Tuskegee Institute, USA, he returned home to serve and to witness the granting of independence to his country and later the change to that of a republic. He served as Veterinary Officer and then head of the Veterinary and Livestock Services in Guyana. Later he retired as Chief Agricultural Officer of Guyana. During his professional service in agriculture he was a member of several Boards including the University of Guyana and the Guyana Stockfeeds Limited. He was Chairman of several agricultural institutions including the Livestock Development Company, Guyana School of Agriculture Corporation for the training of agriculturists at the tertiary level and Guyana Agricultural and Industrial Development Bank. For short periods he served as a consultant to the Pan-American Health Organization/World Health Organization and the Food and Agriculture Organization of the United Nations. He was appointed Senior Minister of Agriculture by President Desmond Hoyte and served as a member of Cabinet from October 1986 to December 1992. He was a member of the Parliament of Guyana from 1986 to 1996. For his work in the field of Veterinary Medicine and Livestock Development he was awarded ÒThe Golden Arrow of AchievementÓ by the Government of Guyana. He now lives in the United States of America.