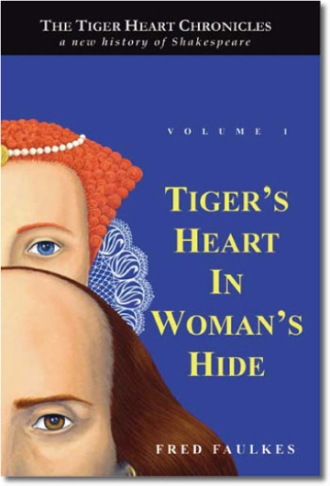 A librarian is inspired to delve into the mystery of Shakespeare's authorship. He spends years gathering, reading and sorting all the known facts related to the poet's history. Surely if there was some genuine question about who wrote the works of Shakespeare, someone from the time would have let something slip. He is shocked eventually to discover just how many did.

In among the many historical documents related to Shakespeare, he finds a long line of satirical letters, pamphlets, epigrams and other allusions that run alongside the poet's unfolding chronicle. They all mirror the same piece of news. Yes, there was an actor named William Shakspere but behind him stood a woman. Several even openly identify her as being Mary Sidney, the countess of Pembroke.

Though these satirical works touching on Shakespeare would almost all be relegated to the flames in the suppression of satire in 1599, copies of everything would survive. When these documentary remains are reinstated without bias and permitted their due say, Shakespeare's biography becomes far richer and more dynamic than has hitherto been reported.

In this first volume, Tiger's Heart in Woman's Hide, all the evidential history bearing down on Shakespeare's first year is presented. By its end it will be clear that Mary Sidney is, provably, the right person in the right place at the right time with just the right motive to do what Shakespeare will do. Although the wash of history already indicates this, it is it he contemporary third-party corroboration of the satirists that confirms this was how in-the-know Elizabethans interpreted Shakespearean matters.

Fred Faulkes is a librarian in the city of Vancouver, Canada. He first became fascinated with the Elizabethan age while living in Newfoundland as a child. He began researching the Shakespeare authorship question in 1997.