Prayer: A Force that Causes Change

by David A. Williamson 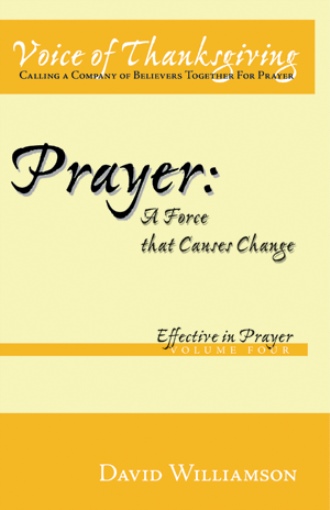 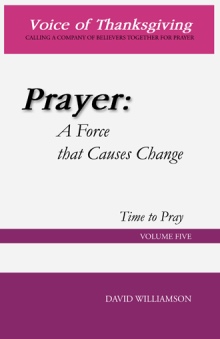 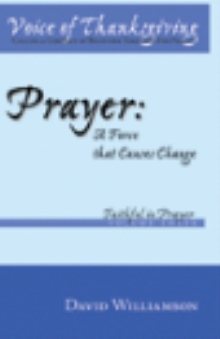 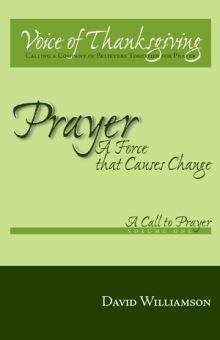 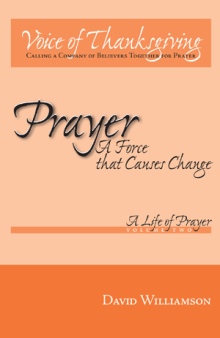 There is more to prayer than meets the eye; it can be hard work. In Prayer: A Force that Causes Change, author David Williamson analyzes how to pray and what to pray and provides a thorough discussion of prayer and effective faith-filled prayers.

In this, his fourth volume, Williamson shares a series of articles previously published in the weekly online newsletter Voice of Thanksgiving. The articles promote power in prayer—prayer that accomplishes God’s plans and goals here on earth. In this collection, Williamson continues with themes leading to power in prayer:

The articles in Prayer: A Force that Causes Change illustrate how a life of effective prayer is one of a close relationship to God and a life filled with answers to prayers. Effective prayers can lead to changes in people’s lives, family, church, neighborhood, cities, and nations. It shows how prayer opens doors that have previously been closed.