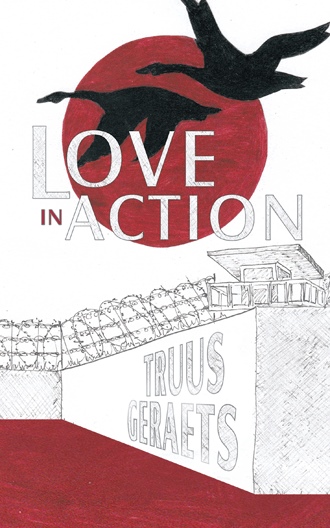 I felt that we had so much in common. Each meeting was like a meeting of soul mates. I actually was convinced that we had been twins in a former life. How baffled I was to find out that Dawud’s birthday was exactly on the same day as mine! How could that possibly be true? Was there a deeper meaning to this? We had the same birthday, the “only” difference being that he was eighteen years younger than I. In each subsequent visit as well as in his letters, Dawud started talking about the parole date that was due and his possible release. He wanted to get married with me as soon as he would be free. I hesitated for a long time but finally decided that it would be to Dawud’s advantage to live like a “proper citizen”. We had discussed already many details – it was supposed to be a Muslim wedding! - and had set the date for it. I am a Christian and member of the Anthroposophical Society and was not especially interested in a Muslim wedding. But the Muslim faith meant a lot to him. As a prison counselor I had met many Muslims who had quite a good outlook on life. They were given specific directions how to conduct themselves. And most of all they were given a lot of support while in prison and upon their release. So I went along with the idea of a Muslim wedding. However, when the date for Dawud’s possible parole came around, he was given an extension of his sentence. This is quite a normal procedure for prisoners to be reviewed for parole year after year, but I did not know that. Prisoners always have their hopes up, mostly to be dashed again and again. The date for the wedding was set. The big change now was that the wedding was to take place in the prison!

When Truus Geraets meets Dawud at the Jackson Prison in Michigan in 1979, he has already served ten years of his sentence. But the two feel an immediate connection; they rejoice in the fact that fate has brought two people of such different backgrounds and circumstances together—Dawud in a prison in America, having grown up in a dysfunctional family, and Truus Geraets, born and raised in the Netherlands in a family guided by spiritual principles.

In Love in Action, the author speaks frankly about the reality of waiting for thirty years for a true soul mate who spends most of those years in prison. She tells of her personal engagement in his transformational process from a career criminal into a person who has a burning desire to give back to society.

Dawud’s letters to Truus present the true essence of what it means to be an “inmate” and a “number.” In addition, Geraets exposes the disaster of a prison system in America which incarcerates more people than any other country in the world. Love in Action demonstrates that true transformation is possible and communicates hope instead of fear.

Truus Geraets, originally from the Netherlands, has been socially engaged in Europe, South Africa, and the U.S. She worked with inner city youths in Chicago and Detroit, where she also was a prison counselor. Her medium of work is the healing art of Eurythmy. Geraets lives in Costa Mesa, California.