On the Cutting Edge 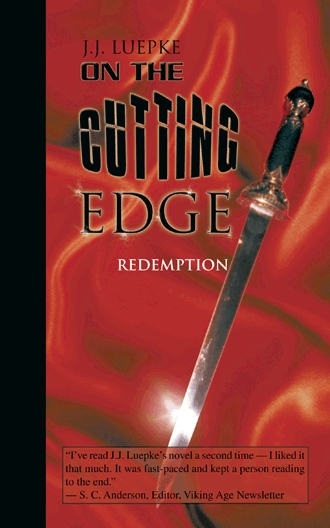 Chapter One Trouble Brewing Cassandra Coven set down the dumbbells with a thud. She sprang onto the queen-sized bed, emerald green satin teddy ruffles floating on the breeze. Straddling the equally-fit but white-haired man lounging there, she pinned him with her icy green stare. “I just don’t know what to do with her,” she pouted. “Her work is good, but lately she’s been hounding me for more recognition.” “Josie Buchannon is a talented young woman,” Cass’s lover replied. “She has earned her share of rewards. After all, how many new clients has she brought in during the nine months she’s been with Sanderson & Sons Advertising Agency? More than you have during the past four years.” “Aw, Lew. That’s not fair!” Cass shrieked as he tickled her. She swept his face with her shoulder-length burnished blonde hair and pulled away. “It’s not fair at all because she grew up here and knows everyone! They probably felt sorry for her and wanted to give her a hand at her first real job out of college. The proof will be in the repeat business.” Cass slid off the bed and into a matching satin mini robe. Tying it about her, she glided over to the dresser and retrieved her cigarettes. Lighting one up, she returned to the foot end of the bed and glared at Lew Sanderson for an answer. “Well, darling, we are a small firm, but we could make up a title to appease her,” Sanderson drawled. “’Creative Director’ might work. And, a tiny raise to show how much she means to us …” “Tiny is right,” Cass said, then snorted. “I could replace her in a heartbeat!” “Now, now!” Sanderson chided. “Your green streak is showing.” “Sor-ry! Cass said sarcastically. “She didn’t have to learn everything the hard way, like I did. She didn’t have to go to work right out of high school to support her family.” “Well, she didn’t have much of a family to support,” Sanderson came to Josie’s defense. “Remember, she’s got only her dear old grandmother who probably lives on Social Security. Give the kid a break. I can afford it. Besides, I think she’s earned it; and, who’s the boss?” “You are, Lew,” Cass resigned with a sigh. “As long as I come in second, right behind you!” Then she stumped out her cigarette and rejoined him in bed. It was the weekend; and, she didn’t want to deal with office politics anymore until Monday. Chapter Six The Cutting Edge In the darkness, a cold, steel edge slid at an angle toward Jose's neck. She continued to hold very still as the sharp edge of a butcher knife played along her Adam's apple. She was paralyzed with fear. "Leave town forever or feel the cutting edge," growled a mysterious voice. Then, as suddenly as the intruder had appeared, he or she leapt from the steps and disappeared around the back of the building. 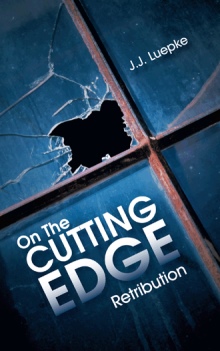 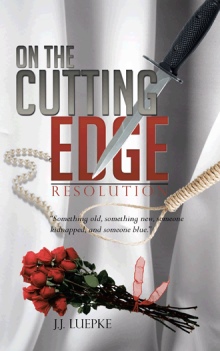 Advance Praise for On the Cutting Edge
“If you are looking for a good read filled with intrigue and strong female characters ranging from the somewhat innocent to the divisive, On the Cutting Edge is an excellent choice. The author’s character development and strong dialogue guide the reader through a story of competition and jealousy. Luepke is a good storyteller and does a fine job of representing the modern business era with a focus on finding the positives in a tough world.” —SAM, Facilitator, Lakeview Writers Club “J. J. Luepke has woven a tapestry of detailed description into this intriguing novel of lust, murder, and mayhem. This is a great read for anyone looking to live a fairytale rags-to-riches vicariously through the simple means of reading a book.” —Jody Isaackson, Former Newspaper/Newsletter Editor “I’ve read J.J. Luepke’s novel a second time—I liked it that much. It was fast-paced and kept a person reading to the end.” —S. C. Anderson, Editor, Viking Age Newsletter A knife-wielding assailant forces Josie Buchannon to leave her upstate New York, small-town advertising agency. After making a name for herself, she learns her former boss has been murdered and that the FBI is looking to her to help solve the crime.

J.J. Luepke has more than nine years of experience in journalism. She earned a bachelor of science degree in education, and has had three award-winning poems published in various anthologies. She is an avid reader of murder mystery novels and lives in Minnesota with a spouse and two house cats.