From an Art to a Science of Psychoanalysis 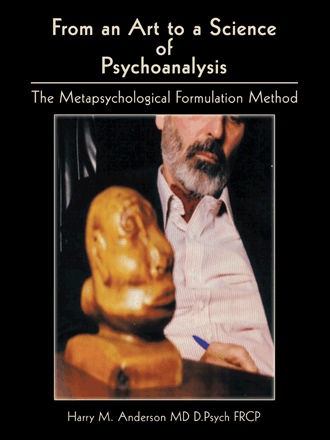 
THE DEVELOPMENT OF SYMPTOMS

AN OVERVIEW OF THE PROCESS


To understand the complex metapsychology of the symptomatic behaviours requiring formulation from the start of consultations, a grasp of how symptoms are created in early childhood is needed.

Caretaker objects that are suffering from character symptoms and the unsolved internal conflicts that underpin them, set the process in motion. In the simplest situation of the single object, the child's original self is incorporated by the adult's problematic structure-processes at one or another stage of its development. The object may turn to the child to meet basic needs that were never satisfied by its once- external caretaker figures and the still-active internal figures they continue to be. Or it might pull him(her) into helping it shore up inadequate or crumbling defense systems. Or it could make him a safe substitute outlet for aggressive drive that is too dangerous to direct at the internal object that is stirring it. And, in addition to imposing one or more such uses, it also eliminates the possibility of effective opposition with threats too dangerous to defy.

In response, the child is faced with adult behaviours that become conundrums, and, given the limits of his conceptual knowledge to date, no solution is possible. His poor self needs a scientific theory of the symptomatic mind to unravel and understand the figure before him, but it has no possibility of acquiring one. To maintain a degree of safety in the face of that object’s activities, it must accept the roles it is assigned and set important parts of its development aside. Original drives and ego capabilities are buried in defenses of the inhibitory (e.g. suppression-repression) type, but they never remain dormant. Aggression in response to frustration of libido threatens to break from control, and more defenses are needed to force it back. Thus an early pattern of "symptomatic behaviours" that are "compromise formations" of aggressive-drive and inhibitory defenses, begins to "characterize" the nature of the self's relationship to the object.

After that, imbalances occur - back and forth shifts of drive and defense - during which the self, out of learned fear, determines the object conditions that make defended-drive expressions unsafe. Then acute anxiety reactions develop to alert it to the need for emergency defenses when such conditions are perceived. And a stabilized pattern in which two self organizations (the original and a newly-created "defense self") that are in conflict with each other and the object is established.

The described process may stop at that point if the object has obtained all that it needs. And if that is the case, an entente between the two selves is formed. The surface (defense) self has an object-relationship template in which the ordinary service roles are reversed. In it, the object allows defended expression of some original-self aggressive drive that does not threaten a rupture of its need for service, while forcing an inhibition of the rest. Then the "object-and-event" representations in the memory systems of the selves' egos influence perceptions of, and behaviours towards, new objects. And, when an analytic consultant becomes such a new figure, symptomatic behaviours that are first presentations of the consultee's character neurosis become manifest at once.

Often enough, however, the problem object does not stop its incorporative activities at that point. It may force the defense self to eliminate all surface expressions of the drive and erect an extensive array of defenses (with repression as its cornerstone) to contain it. Then, if that happens, symptoms of the symptom-neurotic type are added to those of the character variety. They are new and more extreme compromises of defense and drive in which the aggression becomes bound from all forms of expression on the object. The defense self's fear is no longer that of an escaping drive and object danger. It is one of heights, or the elevator, or the stove that has been left on, or the pain in the abdomen. Then, with much of that self's mental energy pulled from the demands of a daily life that does not stop, a further change for the worse takes place. Strained by a mindset geared to apprehending dangers from within and without, and forced to contain a drive-deprived self that continues pressing for outlet, it loses hope.

And that produces a depression.

THE PROCESS IN DETAIL

The sequence of object-self events that results in symptoms of the analytic domain will now be described by a series of diagrams accompanied by detailed explanations. The example used will be that of the verbal child and the symptomatic adult that he(she) becomes. (The processes and principles to be described, however, are equally applicable to the infant and the preverbal toddler.) And for simplicity's sake, until the roles of multiple objects in the development of symptoms are discussed in a later chapter, illustrations will be limited to cases in which the child selves are in relationship to one caretaker figure only.

From this point on, the metapsychological concepts and principles used in discussion will be highlighted and defined in progress. Those that are most commonly applied in clinical formulations will also be codified. If other concepts are employed in support of those used to explain the diagrams, and if their defining characteristics are not self-evident in context, they, too, will be defined. Some commonly-used metapsychological terms that warrant being replaced by more descriptive others, will be retained because of their familiarity, and new terms will be introduced when necessary.

Think of it. When our car breaks down and we take it for repair, we want a mechanic who has a scientific basic knowledge of its parts and internal operations. We also want one who can find our particular problem. We worry if we see that his(her) own vehicle is in disrepair. And if he misperceives our badly-behaving beast and takes a dislike to it, we worry more. And if the vehicle is our mind, and the service person a mental health specialist, and we come late and surly for our initial appointment, we want him(her) to realize that he has just witnessed the first sign of its malfunction. Of course a friendly relationship would be welcome, but that is not our primary desire. With deep and full-self years to spend and far to go before we end, it's reliable transportation we're after. So is it impossible to achieve a level of expertise that could help us get it? Yes, there are differences. The human mind was not conceived and built by an engineer who could rhyme off its intricacies at will. But scientific clinical studies of its after-creation states could lead to such. Botanists and zoologists have developed testable theories of phenomena that they did not produce.

During his medical training, Dr. Harry M. Anderson was inspired by the apolitical curiosity, courage, and determination of the scientists he encountered, and he carried their example into a career in the psychoanalytic domain. It led him to test the definability of its concepts and the predictive capability of its principles, and methods for doing so during treatments were developed. Some held up to validation procedures while others did not, and a reliable body of theory began to emerge from the work. As it proved repeatedly accurate in sessions with patients, he applied it in a parallel analysis of self after his training analysis. Then, new research data emerged from several sources to expand its range, and as the roots of some of life's most severe symptoms were reached and dismantled, the goal of providing "complete analyses" became more than possible. It also became apparent that unsuspected artistic creative potentials could be released in self and others; and that theoretically-informed analyses could create extensive ripple effects in families, career situations, marriages, and friendships. None of his specific research was planned, but retrospective notations revealed that each part had followed naturally upon the one before. Initial offerings had energized the curious part of his mind and pulled the rest of it with them

Dr. Harry M. Anderson is a psychiatrist, psychoanalyst, and clinical researcher in Toronto. He has served as Chair of the Ontario Psychiatric Association's Psychotherapy Section, and Faculty Member in the University of Toronto's Department of Psychiatry. He has also held diverse executive positions in the Canadian and Toronto Psychoanalytic Societies.