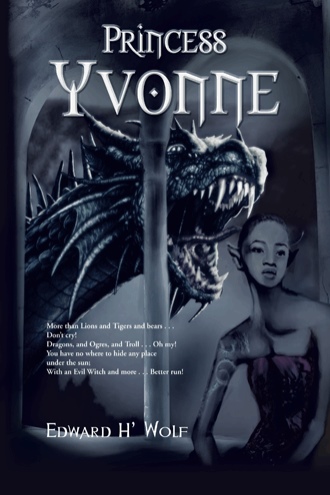 As we approached the mountains that were the entry way into the valley of the eastern sector we saw a giant wheel like device that was attached to two huge boulders and three ropes; it looked as though some sort of giant had constructed the gate structure in order to keep both humans and beasts out when it was in the down position, but this time it had been left open either by accident or on purpose; we just didn’t know which one, and as we went through the passage way, the boulder’s gate came crushing down behind us causing our steda reared up several times, and whinnied like banshee had them pinned against a wall with no way out; finally we got our mounts to settle down as the dust settled down to a gentle breeze along with them and us. The seasons seemed to change right before my very eyes with an everlasting cycle and an eternal nature as if by magic, and I knew that it was a trap that had been long since plotted by my evil step-sister Stella. In my mind’s eye her powers were of great demonic evil; none like I had ever seen before, and it sent chills all over my frail body and penetrated its way into my mind, and for this short time her spell caused me to not be able to think as I should, and I seamed lost in time. I tried to focus as best I could, but was bewildered. “William; my dear prince Willie-whacker; I need your comfort in this time of unwanted stress.” I jumped from my beautiful pure white stallion to the ground that had just settled and I ran to my betroth William and held his leg as he still sat atop his mount. Our two traveling companions looked at us with wonder in their mind’s eye to the point of no return in their silence, but Sir William made a snide remark that almost made Yvonne drew her sword against him in anger. “How dare thee Sir Hemsley, how dare thee to call my Princess Yvonne an evil cure dog and a witch.” He had his mind’s eye at the ready for a duel, but held his position strong and steady. 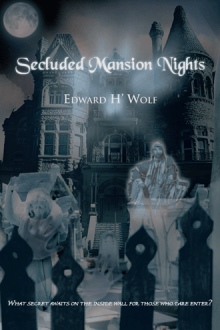 Princess Yvonne a High Royal Fairy Princess Witch embarks on a quest with three brave and noble half Human – half Fairy men to the treacherous mountains of Angeland to end the nightmarish Black Plague of Death that was caused by her evil step-sister Stella and her demonic pet Black Dragon that spread the dreaded disease throughout the land. As they reach the mountain where Stella and the Dragon live inside a cave, they encounter foul smelling hideous Ogre, Troll, and a few other weird creatures so foul and destructive that no one who has ever encountered them ever survived. So beware as you read dear patron of fiction, that there’s: More than Lions and Tigers and Bears…Don’t cry! Dragons, and Ogres, and Troll…Oh my! You have no where to hide any place under the sun; With an Evil Witch and more…Better run!

Ed was born in Muncie, Indiana in 1950, and grew up in the countryside and while playing with friends he told many stories, some of which he carried into his adult life at present. His childhood was one of hard work, fun, and filled with many adventures. Ed is an artist, writes poetry, loves to cook among other things, and keeps life going strong as a single domesticated household technician. His weird senses of humor and fiction knowledge have taken many twists and turns along the road to life in the creative literary world both real and unreal. Ed resides in the great Pacific Northwest of the USA; and a very happy man.