OR WHAT REALLY GOES ON IN OTTAWA 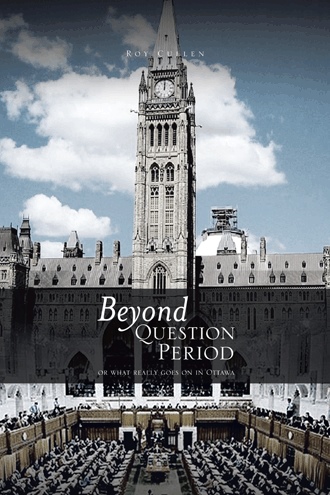 Over the years it has struck me that Canadians do not have a very complete view of what goes on in Ottawa, and what their members of parliament do. I was often asked questions about how I split my time between Ottawa, Toronto, and other work related travel; about what sort of accommodation I had in Ottawa; about how I traveled back and forth between Toronto and Ottawa; about what budgetary resources were available to me to function as an MP; about fundraising methods and strategies; and generally about what is was like to be an MP. Time and time again citizens who come to Ottawa and spend a few hours or days on parliament hill leave the nation’s capital with a much less jaundiced view of how their country is governed. Citizens often see Ottawa through the prism of Question Period which is but a microcosm—and a theatrical one at that—of events and activities on the Hill. By and large, the federal MPs in Ottawa that I have had the honour and pleasure to work with, when I served as an MP for twelve and one half years, are talented people who are motivated to make Canada a better place in which to live—and they work very hard to make this happen. Naturally, like in any occupation or profession, there are some ‘bad apples’, but in my experience they are very much the exception to the general rule. Since not every Canadian will have the opportunity to see what goes on in Ottawa first hand, this book is an attempt to paint a picture for them in the hope that they will have a better understanding of the work and life of an MP, together with an understanding of how decisions are made in their nation’s capital. The personal examples and stories provided herein are inserted to bring the subject matter to life and are not meant to be autobiographical in nature. While I am very proud of the work I accomplished serving the country I love as an MP, I have no delusions about my contribution which, in the overall scheme of things—was a modest one. While I have always been a team player—an attribute which has flowed from my active participation in team sports in school, university and other venues—I would say that during my stint in Ottawa, even though I took on some senior roles, I was generally not part of the party establishment and I operated somewhat independently. This perhaps allows me to view life in Ottawa on the hill more objectively, with the goal in mind of educating Canadians about a very important institution – our parliament. As author Malcolm Gladwell has noted, “Curiosity about the interior life of other people’s day—to—day work is one of the most fundamental of human impulses…..” In the next pages, I will attempt to describe how the Parliament of Canada works; how MPs are engaged in the decision—making process; and how it ‘feels’ to be an MP. The political process, including the nomination process and election campaigns, will also be described. The work and responsibilities of an MP both on parliament hill and in the constituency will be covered. Personal anecdotes will be used, not to aggrandize individual contributions or impact, but rather to try to bring to life some of the challenges and opportunities of an MP. After reading this I hope you have a better appreciation of what a member of parliament does and about how the machinery of government in Ottawa works. If you do, I will have accomplished my objective.

In Beyond Question Period you travel with a Canadian Member of Parliament and discover how challenging, yet exhilirating, the work of an MP can be. Running for election, debating and voting on bills, committee work, constituency work, representing Canada internationally, and speaking at a variety of events - this is just the beginning. How the role of an MP changes in a minority,or a majority government, or in opposition is described with living examples. The cut and thrust of politics in the raw is described for all to see.

In Beyond Question Period, Roy Cullen draws on his 12½ years in Canada's House of Commons to describe what really goes on in Ottawa. He pushes beyond the rhetoric of question period and chronicles what the life of an MP is really all about. Initially elected to the House of Commons in a by-election in 1996, he was re-elected in the 1997, 2000, 2004, and the 2006 general elections. He retired from the House of Commons in 2008. As a member of the Prime Minister Jean Chrétien’s government, and later under Prime Minister Paul Martin, he served as chair of the House of Commons Standing Committee on Finance; as parliamentary secretary to the minister of finance; as parliamentary secretary to the deputy prime minister and the minister for public safety and emergency preparedness; and as chair of the Ontario Liberal caucus. In 2006 he was sworn-in as a member of the Queen’s Privy Council for Canada. He also served as Official Opposition critic for natural resources. Mr. Cullen lives in Victoria, B.C., Canada, with his wife, Ethne. They have one son, Peter.