Four Score and Seven Beers Ago... 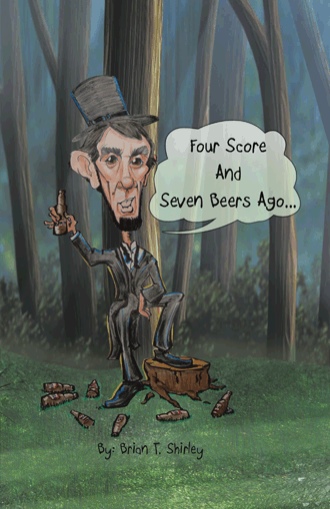 I Twittered my Facebook because I lost Myspace. Yesterday is tomorrow's Grandpa. I can't drive 55 in my little red corvette. Sex sells, yet prostitution is illegal! Out of the frying pan, onto the waistline. He who wins the war writes the history, because who wants to listen to a loser. Make Love not Warts: Never Trust Someone You Can't Throw Look before You leak It's not whether you win or lose, it's whether or not you have a date after the game. Drinking doesn't solve your problems, it only makes them real blurry. Four Score and Seven Beers Ago... An example of the song title phases I was Taking Care Of Business at the Love Shack, when I Fooled Around And Fell In Love. Pen name: Brian T Shirley Book Titles: Make Love Not Warts Four Score and Seven Beers Ago Category: Humor These are not the typical "books".They are comedy books with over two hundred sayings from a comedian's point of view. Some of the sayings are twists of words of wisdom that have been around since man could write. There are also a lot of original sayings, as well as some insults and just plain weird/funny sentences. Some of the sayings are quick and easy to get, while others may require some thought. I put them in such an order as to have some easy one's, then a hard one, then a strange one, then an insult, as to keep the reader guessing on what would come next. " Four Score and Seven Beers Ago"..., the second in this trilogy, has a slight twist. You get the sayings and the insults, but I've also taken some song titles from popular rock music and made funny sentences out of them. I came up with the idea for these books when I was going through my notebooks and looking at all the material I had written from the time I was a teenager until the present. I don't do one liners in my stand up that much, so I knew I wouldn't use a lot of these writings, but I thought there was some good stuff in there. That's when I decided to make a joke book along the line of Gary Larson's " Far Side " series, but without the pictures, since I can't draw. I went through the old material, and staring writing more to add to it Some of these jokes go back to my teenage years, and some I wrote while I was in the USAF. The theme of the book may be simple, but it was quite a process to put it together. For every saying that made it into the book, about 5-10 didn't, and I must have written about 400 more than I already had to choose from. The books target audience starts in the late teens/early twenties and can up in age as the mid to late sixties. I was born in Atlanta,GA. where I grew up until I was 18. I graduated from R. L. Osborne High School in Marietta, GA., class of 1985. I joined the USAF in 1989, where I worked on Avionics systems for the B-1 Bomber. I write a lot of " Make Love Not Warts", while sitting at the test station bored out of my mind. Hurry up and wait, that's the military, God Bless them. I was honorably discharged from the service in 1995. I had never thought about being a stand up comedian until I moved to Chas.,S.C. in late 1995. Up until that time I had always wanted to be a science fiction/horror writer. I joined a comedy workshop and fell in love with the stage. A love affair I still enjoy. My former passion was put to the side, only to be rediscovered much later in a category I had not thought to make a book out of. I have toured most of the U.S., parts of Canada and I just got back from performing for two weeks in The Bahamas at The Atlantis Resort & Casino, at the Jokers Wild Comedy Club on Paradise Island. " Make Love Not Warts" is now in The Atlantis Resort library available for check out. I'm still doing stand up as well as becoming a public speaker recently, and working on various writing projects when I'm home. 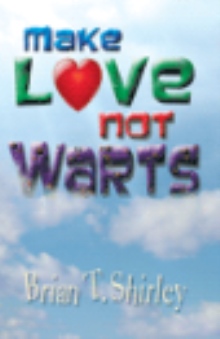 This book is the second entry in the "Make Love Not Warts" trilogy. It contains over two hundred proverbs, insults and popular song titles turned into comedic sentences. Brian T shirley has made this follw up book in an attempt to match up to the success of " Make Love Not Warts". The twisting of proverbs is the main idea, but there are some turns and funny speedbumps along the way.Enjoy!

I have been doing stand up comedy all across the U.S., Canada, and The Bahamas for nearly twenty years. I've been writng humor ( jokes, short stories, sayings, poems ,songs) for nearly thirty years. I love to make people laugh, and there's no better feeling than watching someone read something I've written and really gettting a good laugh out of it. I reside in Chas.,S.C. when I'm not on the road perfoming. When I'm home I work on various writing projects such as my standup, stories for my website, scenes for a sitcom, and of course this series of books.