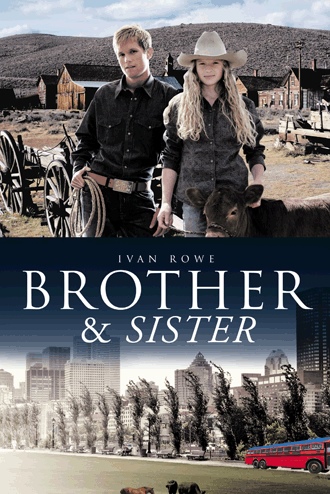 This is a true story about a very young man who wanted to see what’s on the other side of the mountain. Ed was sixteen, raised on a dairy farm by his Mom and Dad, with two older brothers. His parents were from Germany; they had a pastry shop when they came to the United States. He ran away to Denver, ending up homeless, hungry, robbed, beaten, and scared. With some luck, he got a job on a cattle ranch in Medicine Bow, Wyoming. The adventures began with the cowhands pulling one trick after another on the young greenhorn. He was beaten up, thrown off every wild horse; they had left him for dead. But he held his own, loved the plates of wonderful home-cooked food by the owner’s wife, and loved life and horses. He got into fights, met some very mean, strange people, and learned how to survive in a whole new world. The next few months brought a couple of very serious accidents—he nearly died both times. Getting lost in a blizzard, found nearly frozen solid, and almost dying. Another time, he went flying off a horse at high speed and slid down huge shale side, tearing him up, leaving him in traction at the hospital. A nurse took pity on him and taught him the facts of life; with that, he healed a little quicker. He met Alice, fought for her, fell in love, and married her. He had a hatred for a certain man named Les he had met, and they clashed more than once. He ended up killing him before he ever knew who he really was. He and Alice changed religions, moved, looked for different work, and made new friends. They had a child, Olivia, who they loved very much. Many heartbreaking things happened to Ed and his family. Even going to a mental hospital. Toward the end of his story, he finds out some unbelievable facts about himself that changed his life. But with much sadness, he moved forward with his beautiful daughter, Olivia. The story is real, sad, exciting, and very emotional. The author has a gift for describing things so well that you can smell the coffee cooking on the fire out on a cattle drive, see the beautiful sunsets, smell the sagebrush, and hear the cattle in the night. Feeling the dust in your throat on a cattle drive, fear for your life when blizzards come, and a wonderful passionate love between two young people. It’s a heartwarming, exciting, action-packed story you are sure to enjoy. The ending with a special twist will leave you speechless. Enjoy!

The author of this great book is my husband. His name is Edward; however, he writes under Ivan Rowe because his best friend was a brilliant dog named Ivan and the book Ivan Ho was his favorite book, which he read many times. He was born in Milwaukee, in a town called New Berlin. Looking for work, his father took a job running a huge dairy farm. Edward had a gift—he could raise, train, break, and care for any animal he ever ran across. His mother and father were German; they had a pastry shop when they first came to America. Every Saturday on the farm, Edward was his mother’s kitchen help. She would do all the baking for a week; it was Ed’s job to clean up and wash pans. He was only allowed to speak German while helping her. As a result, he was a wonderful cook that spoke German. He raised pigs for extra money and helped with all the chores. However, he always wanted to know what was on the other side of the mountain. So at sixteen, he hopped on a bus and went West. Getting off in Denver is where his adventures began. He soon found out how it felt to be hungry, scared, and homesick all at the same time. He cried himself to sleep in a doorway on the ground. So alone, so frightened. Working on ranches, breaking horses, owning a saddle shop making shoes and harnesses, a newspaper shop, training service dogs, and teaching people to ride were just some of his talents and passions. Due to a very serious rodeo accident, he went back home and finished college. He loved to write. He found he had that gift. He wrote two books and had many, many poems and stories published. He had the heart of a gentleman and a cowboy soul, loved by everyone. His love for animals was incredible as was his patience with all God’s creatures. I was blessed to have known and loved him. He leaves behind a wife; my children, Paul, John, Tracy, and Michael; and four granddaughters and one grandson. He loved all the children and taught them a lot about animals, nature, and the great outdoors. He left way too soon. Addie Stowers