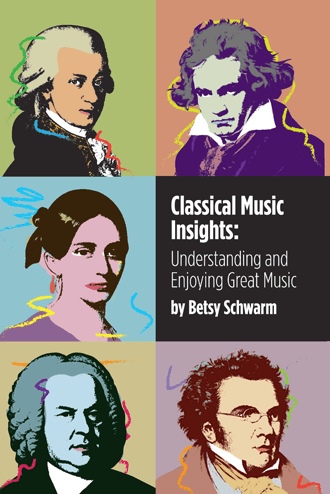 Classical music: the term means many things to many people. To some, it is anything with an orchestra, to others anything over a century old. The uninitiated may think of classical music as elitist and beyond their comprehension. Scholars in the field insist that the term “classical” refers only to Mozart and his contemporaries, preferring other, more specific terms for other times in history. None of those views is completely useful. Orchestras are part of the field, but not its sum total. Besides, sometimes, orchestras appear in pop music, and there is plenty of fine music that does without an orchestra. Age, too, is not a defining factor: folk music, even some drinking songs, have been around for centuries without becoming classical, and there are great composers still alive and working in the twenty-first century. As for charges of elitism, classical music is accessible to anyone with ears, a brain, and an open mind, particularly if that mind is armed with some background information, which this book hopes to provide. To the scholars in the field, one can observe that indeed, they have defined the “Classical Era” as roughly 1750 to 1820, and prefer the term “art music” if something more all-encompassing is needed. However, if society as a whole wishes to call all this range of expression “classical music,” it seems petty to quibble. Moreover, quibbling only reinforces ideas of elitism. So though our subject matter for these twelve chapters is broadly speaking “art music,” it is the word “classical” that appears in the title.

If you enjoy great music but want to know more about how it came to be the way it is - without investing time in a graduate degree - here are the background stories of over 200 great compositions. If you're only just coming to experiment with great music, here are guideposts to help you understand and enjoy what you encounter. The stories and sounds behind the scenes: welcome to Classical Music Insights.

Betsy Schwarm has over twenty years experience in diverse fields of classical music: as a classical radio announcer, pre-performance speaker, author of classical concert program notes, opera recording engineer, and university professor of music history. She aims to make complex musical topics accessible and interesting to a general audience. In her book "Classical Music Insights," she shares stories and history that, over the years, her listeners have found interesting and insightful. Six of her later books are readily available in print and e-book form on Amazon.