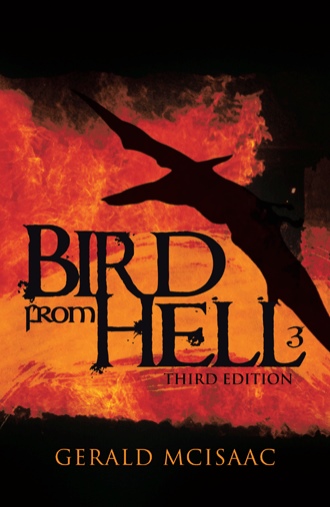 Latest Developments The people who have been in contact with me have one thing in common. They all wish to remain anonymous, with one notable exception. I am honour bound to respect their wishes, which is not terribly difficult as I do not know who they are. No one has ever accused me of being terribly honourable, so perhaps that is just as well. I gather the people in question are professional people, who have something to lose, such as their careers and reputations. I can certainly understand this, without relating to them. If there is any advantage to having nothing, it is that we have nothing to lose. I certainly have no career and any damage to my reputation is the least of my worries. Any change in that department can only be an improvement, for the very fine reason that my reputation cannot possibly be any worse. These people have provided me with a few tidbits of information which I find very helpful. The pterodactyl is even more widespread than I thought, and in fact it is located in the mountains around the world. I made the mistake of asking a girl if that included the mountains along the east coast of North America, and that she clown explained to me that those mountains are part of the world, so of course the answer is yes. That girl really should learn a few manners. She also mentioned that my estimation of the wing span of the pterodactyl is too conservative, that it is closer to 10.5 meters or 35 feet. I was also told that this animal is capable of changing its skin color, in much the same way that a chameleon can change its skin color. This helps to explain the manner in which it appears to be invisible. The animal emerges from the cave in the spring, builds a nest and lays its eggs, and guards the nest without being seen, because it is able to blend into the background. As long as the animal remains still, it is extremely difficult to see it, as the human eye is capable of detecting motion quite well, but can pick out shape only with great difficulty. An even bigger surprise is that the black cloud of smoke that the pterodactyl releases when it feels threatened is not so much a smoke screen as it is a cloud of toxic gas. The cloud is mainly a defensive mechanism, designed to drive away predators rather than kill them. If the purpose of the poison gas was to kill animals, then there would be no black smoke to act as a warning. No doubt any predator which inhales a whiff of this poison gas will find itself very sick, and a deep breath of this is enough to cause death. A more objectionable email mentioned that my investigation into several of these allegedly extinct species was not complete, and in particular the pterodactyl has sparked a remarkable interest. People want to know more about that animal, and the reason I think it is such an evolutionary marvel. If there is anything I hate more than being told that I am mistaken, it is being told that I am mistaken, when in fact I am mistaken. This is not to say that I am about to turn grey over the matter. At my age and with the few stray strands of hair I have left, it is the least of my worries. Besides, it is a little late, because I am already grey. So I looked more deeply into the structure and habits of these species, starting with the pterodactyl, and I was truly surprised. Two hundred and forty million years ago, the pterodactyl evolved, along with a great many other flying reptiles, and for tens of millions of years, the reptiles ruled the sky. 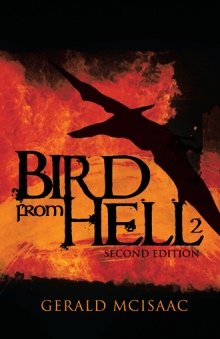 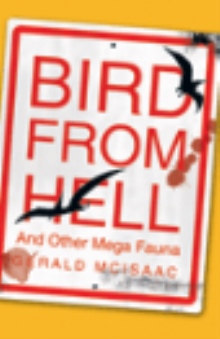 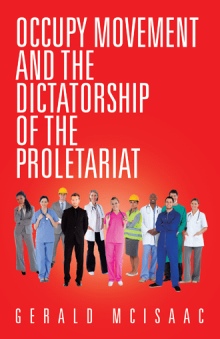 Occupy Movement and the Dictatorship of the Proletariat
Gerald McIsaac
$11.22 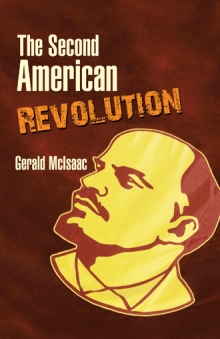 As children, we are captivated by stories of huge fantastical creatures, such as the wooly mammoth and the pterodactyl. The prevailing wisdom is these species are long extinct, but new evidence uncovered by author Gerald McIsaac casts doubt on these widely held assumptions. McIsaac gathered stories from the elders of the First Nation—those who were formerly referred to as Indians, Native Americans, or Aboriginals. First Nation elders provided McIsaac with detailed descriptions of six species long thought to be extinct. These species include the Devil Bird, the Hairy Elephant, the Wilderness Wolf, the Rubber-Faced Bear, the Lake Monster, and Sasquatch. In Bird from Hell, McIsaac separates fact from fiction by comparing eyewitness accounts of these species with scientific opinion concerning their identity. His conclusion is that these huge species are not extinct, but he needs assistance in gathering evidence to substantiate this claim. By following the simple directions provided in Bird from Hell, you can help prove these various species still exist.

The author is a Caucasian mountain man who has lived among the First Nations people of western North America for over thirty years. The elders have provided him with detailed description of various animals, including the woolly mammoth, the dragon, the Loch Ness monster, the Sasquatch, the mega bear, and the dire wolf, among others. In his book, he describes his solitary quest for these magnificent species in the vastness of the remote mountains. The book is written with great humor and documents his battles with scientists and government bureaucrats who insist that these species are extinct. This book should appeal to the readers who are interested in doing more than just reading about these animals. It provides clear, simple instructions for those who are interested in joining the search. Readers are invited to take part in a scientific breakthrough.