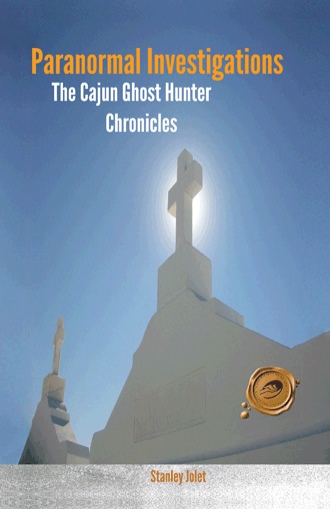 Go on a spiritual journey with the author, as he shows how one does not need expensive equipment to talk to the dead. He takes you to the heart of Acadiana in south central Louisiana where spirits at a bed and breakfast tell him that a young woman's suicide there was actually a murder. He brings you to the heart of New Orleans where a spirit committed suicide and tells Stanley how he died. Listen to slaves from the most haunted house in New Orleans, the Laulaurie House, tell of the torture and abuse they suffered at the hands of Madame Delphine Laulaurie. Go to Laurel Valley plantation, and hear spirits talk about a murder that took place in the old slave quarters. Listen to intelligent spirits speak to Stanley from the Mojave Desert to the ruins in the foothills of Delos, Greece. Hear intelligent responses from the spirits of the parents of Stanley and his wife, Barbara, as they answer questions that only they could know the answers when they were alive. You will know you're never alone, again, once you read these true, captivating stories.

He performs most of his paranormal investigations alone with a few pieces of equipment and captures and analyzes the most extraordinary data. The residual and intelligent responses by spirits to his questions are both compelling and captivating. His presentation of each site's history and relevance of his investigations will amaze the reader.