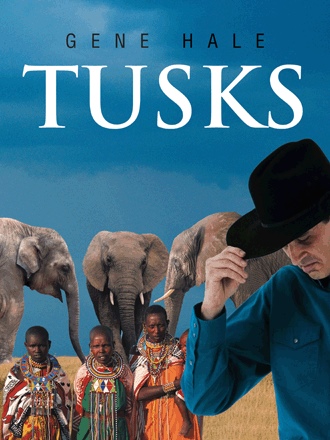 A cloud ofdust twisted wildly through the wind as a black and white jeep came barreling down the road. The brutal African sun bore down on the two occupants as their laughter rang out above the vehicle's noisy engine. Winston, the driver, was a gaunt Englishman with a sharp, craggy face and piercing blue eyes. Named after his mother's favorite statesman, he bore no resemblance to his famous namesake. Thinning sandy hair flopped over his freckled face as he crinkled his pale blue eyes against the sun's glare. His companion, a tall muscular Black man by the name ofMaso, jostled against him as the jeep swerved and bumped along the rocky road. Winston, the big game hunter and Maso, his African guide, were headed for Gabon in search of elephants. A former French colony, Gabon is located on the Equator, in central Africa. Sharing borders with Equatorial Guinea, Cameroon, Republic of Congo and the Gulf ofGuinea, it is one ofthe most prosperous countries in the region, with an extensive system ofrain forests covering 85% of the country. As they approached the Gabonese border, Winston patted his top pocket and checked to make sure his passport was still there. "How many more times are you going to check that?" asked Maso. Winston laughed nervously. "Nervous habit, I'm afraid, just making sure." And he patted his pocket once more. Maso laughed to himself, and then turned to survey the passing landscape. "I say, old chap," Winston continued in his clipped English accent, "I do hope they let us through." "Well, old chap, replied Maso, mimicking Winston's upper class accent, "I'm Gabonese, so I'll have no problem; they'll definitely let me through." He smiled brightly, revealing perfect white teeth. "Not so sure about your lily white English ass, though," he added with a wink. "Money talks," replied Winston. "At least it did in Equatorial Guinea. I've never known such a corrupt bunch of criminals in all my life!" The two men had spent the last couple ofweeks in that country and had found that bribery and corruption were a way of life. "Everyone's on the take there, from the top down, including the police, government officials, customs and immigration, you name it," said Winston. "They would have kept my passport if I hadn't handed over a couple of hundred dollars." Maso nodded. "You got that right, man." "And that president, Obiang, is the worst of all," said Winston. "I'm glad to be leaving there." "Me too," replied Maso. "Glad to be going home to Gabon." "Well, it's probably just the same in Gabon. I'll just grease their palms and we'll be on our way," chuckled Winston. He slowed the jeep briefly and placed two one-hundred dollar bills between the pages ofhis passport. "There, that should do it." Now at the border crossing in Mongamo, Winston slowed to a stop and took a deep breath. "Here goes," he whispered to Maso. Two armed guards in full uniform stood on either side ofthe jeep and glared at the two passengers. "Passports!" demanded the taller ofthe two guards, whose face sported a large jagged scar running from brow to chin. 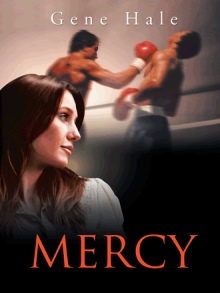 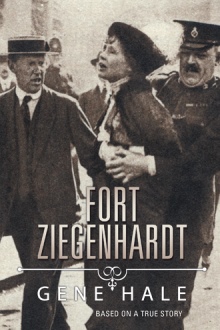 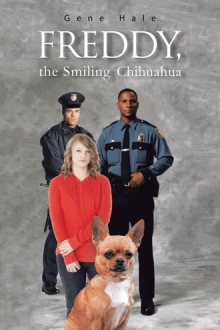 From the foothills of Wyoming to the vast savannahs and rainforests of Central Africa, this action-packed adventure story takes the reader on a thrilling roller-coaster ride as Cheyenne Cole and his four friends battle the forces of evil. With a colorful cast of characters and a fast-paced storyline, Tusks exposes the needless slaughter and destruction of elephants to fuel the ivory trade. Honoring his father’s dying wish, Cheyenne, a cowboy and ex-marine, with a lightning-fast draw, embarks on a quest to save the elephants of Africa. Poachers and ivory hunters are decimating the elephant tribes, and Cheyenne and his friends are determined to stop them. Batting the murderous Python and his two sidekicks, the friends encounter Black Bart, an infamous gunslinger, and dance a deadly dance with the Black Mamba and Monsoon, a rampaging elephant whose only intent is to destroy man. With the help of the Ho Goo and Ji-Hi tribes, they strive to defeat their enemies, only to face their greatest challenge: Al-Qaida! Missiles are primed and ready to destroy New York City and Israel. Will the friends be in time to prevent the annihilation of the free world? Will they save the elephants? Will they escape the deadly fangs of the Black Mamba? Will the mighty Monsoon emerge victorious from his final battle? Tusks is a story of courage, determination, and deep friendship. Friends who will lay down their lives for one another, friends who will stop at nothing in their pursuit of what is just and right, loyal friends united in their quest to defend the elephant. The elephant whose only predator is man! The elephant who never forgets . . .

Eugene Kreiner a.k.a. Gene Hale was born and raised in Michigan. As a retired business owner he has become a writer. He has two books in print Tusks and Mercy with a new novel on its way. He resides on Long Island, New York with his wife.