THE ONES WHO HAVE TO PAY 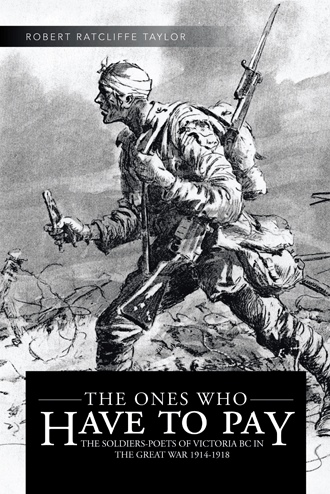 “What did you do in the Great War, Daddy?” asks a little girl of her father in a World War I recruiting poster. “Why did you volunteer in 1914?” might be the question which a 21st-century child might ask her ancestor, adding, “How did you survive the horrors of the trenches?” and “What did you believe you were fighting for?” With a view to offering younger readers answers to these questions, this essay focuses on one Canadian city, Victoria, British Columbia, and some of the soldiers who were associated with that community, the people of which were unique in their level of literacy and their loyalty to England and the British Empire. These “overseas Englishmen” were also lovers of poetry, as evidenced by the number of verses regularly published in pre-war local newspapers and journals. Many soldier-poets, enlisting enthusiastically, expressed their zeal in verse. From local publications, especially the Victoria Daily Colonist and the Victoria Daily Times, the author offers excerpts of their writing which illustrate, among other things, local people’s loyalty to the British Empire, rather than to Canada. Yet this loyalty to the Empire and to England faded during the duration of the conflict, while not apparently being replaced by Canadian patriotism. The Battle of Vimy Ridge in 1917, which is often claimed to be a milestone in the developing of Canadian national pride, rarely appears in verses published in Victoria, BC. The author speculates that this view of that battle may be a myth created later by journalists and politicians. In 1914, the ability to write verse was considered a desirable accomplishment of educated men and women. Consequently, Victoria’s soldiers expressed their wartime experiences in poems which they sent home to local newspapers, which published them regularly. Poetry had long been considered the best medium for recording intense personal events — and the war in the trenches provided a surfeit of those. While the author is aware that the values and beliefs expressed in the published verse were not universally held by all Victorians, much less all Canadians, this poetry reflects attitudes which had been inculcated in children by teachers, clergymen, politicians, and military leader for the previous century. He speculates that censorship of soldiers’ letters and verse and of local publications may have been necessary only for military matters. How the soldiers wrote may seem strange or even incomprehensible to 21st century readers, especially younger ones. Because both recruits and civilians were ignorant of the nature of modern warfare and imagined it to be a glamorous, inspiring experience, they used archaic language and imagery to express their feelings. Especially at first, the conflict was described in verbal pictures more appropriate to traditional warfare and in words evocative of the Bible or Shakespeare. (Here the author is indebted to the work of Paul Fussell.) Moreover, Victoria’s soldiers were confident that they were fighting for “the Right”, for “Justice”, and for “Liberty”, concepts which may seem even meretricious today, because overused and abused so frequently. The soldiers had a private code of honor, which involved their own self-respect, although not apparently much sense of camaraderie. (The existence of this mood in the trenches may be another myth, the creation of veterans’ postwar nostalgia.) Victoria’s recruits respected the enemy, “Fritz”, rarely using the popular pejorative “the Hun”, as did civilian poets. The author explains how official censorship of letters home as well as the poets' self-censorship often inhibited their expressing personal unhappiness or criticism on their leaders. The reality of the “trench experience”, however, was occasionally evident in their verse, so that civilians at home could know something of the grisly truth about the conflict. Certainly, Victoria’s soldiers lost their sense of being on a glorious crusade, a mood they may have shared with their local editors. At all events, they abandoned rhetorical grandiosity and lost some of their respect for all things British. On the other hand, their editors were mandated to preserve civilian morale, and so published mainly verse which expressed “the boys’” unflagging sense of the war’s purpose. From the evidence in their published verse, Victoria’s servicemen rarely seemed to be “blue”, but now and then the presence of “shell-shock” evaded the official censor’s and the editors’ watch. For most of them, however, a sense of humor, as well as regular supplies of food, tobacco and alcohol helped the soldier to “carry on” even, in a few cases, into the Siberian Expedition of 1919. The complete text of quoted poems, which some explanation of their terminology and references is followed by brief biographies of the soldier-poets. Cartoons, posters and photographs illustrate the points made in the verse. On the centenary of the outbreak of World war I, this essay will be of interest to general readers and history buffs. The Ones Who Have To Pay should also be useful in high school and university History classes because, through the poets’ vivid language, it both reinforces and challenges our assumptions about the soldier’s experience of that conflict. 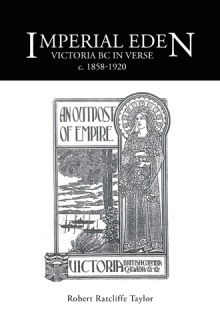 When war in Europe broke out in 1914, why did so many men from Victoria, BC, Canada, enlist enthusiastically? What did they feel about the war they were fighting? What were their personal values? Were they ever disillusioned in the trenches of the Western Front? To what extent did they enjoy combat? How did they regard the German enemy? And faced with artillery bombardment, execrable living conditions, and the fear of death or maiming, what helped them to carry on? In researching these questions, the author found that Victoria was a unique city in several ways and that some assumptions about Canadian soldiers’ trench experience may not apply to volunteers from that city. Moreover, the culture of the time was different from that of Canada today so that the enthusiasm for military life and for “the empire” may seem bizarre to young people. Ideals of masculinity may seem outdated, and the concepts of personal honor and duty, which these men supported, may be obsolete. This essay tries to understand the culture of Canada and especially that of Victoria, BC, a century ago, a pertinent exercise considering the centenary of the outbreak of the Great War.

Robert Ratcliffe Taylor is a native of Victoria, BC, Canada, where he was educated at Willows School, Oak Bay Junior and Senior High Schools, and Victoria College. Later he attended the University of British Columbia (BA in English and History, MA in History), Hamburg University, and Stanford University (PhD in History). He taught European history at Brock University, St. Catharines, Ontario, where he is now professor emeritus. He is the author of books and articles on the history of German architecture, on the Welland Canals, and on the city of St. Catharines. At present, he resides in Victoria and is a docent at the Art Gallery of Greater Victoria. He is married to Anne and has one son, Robert John.