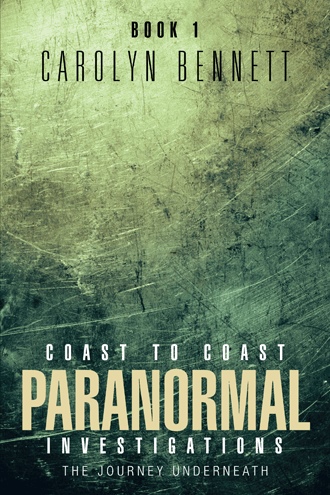 We walked over to the tech van and I introduced our guest investigator to the team. This was where I missed the warning sign. I didn’t see the darkness in Jake’s eyes. If I had, things might have been very different. I decided to start our investigation with a preliminary walk-through of the first floor with our guest investigator while everyone else started sweeps of the second and third floors. Before going in we started with a prayer for protection and would finish with a cleansing ceremony so no spirits followed us home. We’ve never had an incident. Until today. It was still hard to believe I was about to embark on a paranormal investigation with my favorite performer, Aiden Lawson. We stepped into the main hallway began our journey in to the hell that was once Greenhurst Hospital. The graffiti on the walls depicted images of death, punishment and torture. Were these from the sick minds of the inmates whose tortured soles still lingered in these dark hallways? Or were they images seen and felt by those brave enough to sneak in here after hours looking for a thrill? We continued down the main hall and I motioned Aiden to stop. “This is the intersection where a lot of the violent attacks are reported to have happened.” At that moment we both heard it. A death ridden, tortured soul, scream. It sounded like it was racing down the hall right at us. Aiden grabbed my hand and we stood strong. And just as it felt the scream was about to hit us directly, it disappeared. A blast of cold air shot over us. He looked over at me. “You heard that, right?” The spirits of Greenhurst were letting us know they were here, and not happy that we were. Where the hell am I? I can see a body on the floor. The face is covered with blood. Who the hell is that? As I leaned over the true horror of the situation hit me. That’s me? That’s my body? I’m dead? 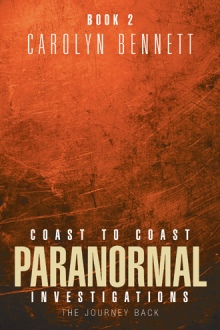 Eight years after her young husband’s death, Leigh MacLeod was finally able to realize her dream of starting her own paranormal investigative team. They set out to investigate some of the most haunted locations in Canada and the United States. Coast to Coast was the only team given permission to investigate the notorious Greenhurst Hospital, closed for over twenty years. No team had been allowed in because of reports of violent entities attacking those brave enough to sneak in after dark. As the team began their biggest investigation yet, they were not prepared for what was waiting for them in the dark halls of Greenhurst. Uncovering the mysteries of Greenhurst could be dangerous, even fatal for the Coast to Coast paranormal investigators.

Carolyn Bennett is a freelance author from Ontario, Canada. Carolyn has always been interested in the paranormal and, in 2010, was an investigator for a local paranormal team. She is excited to share with you the first book in the exciting, new Coast to Coast Paranormal Investigation series. You can contact Carolyn with your comments about this book or her upcoming sequels at coasttocoastparanormal@outlook.com