by Brett Wortham & Cover design or artwork by James Pedulla 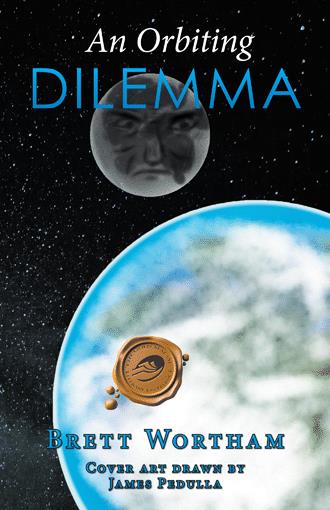 You can read one forth of my story in this link here.
Just copy this link and paste in your search bar and there you go!

The perverse machinations of a mad scientist. The forbidden secret of the girl’s family that could very well drive her beloved away. The old uncle’s mission to end the dire stress to his family. The bizarre actions and rituals of hideous aliens. All of these will have a play in the lives of our young couple as they struggle to survive these. Will the lad’s hidden innate heritage save them or will this end up destroying the young couple in the end?

The man who wrote this book has quite the life story himself. This is a story about how this young man survived a crippling car accident, life altering traumatic brain injury, and inhibiting amnesia. Years ago, back in 2006 this young man had just returned home from serving a two year service mission for his church helping those in need and sharing the good word of his Christian church, for free, and fully on his dime. This young man had many wonderful opportunities ahead of him with the great and loving support he received from his family and friends. Alas... That was never to be in his life.

His little sister and him were driving back to school from a Thanksgiving celebration with their family. While driving on some very steep hill inclines his little sister, who was driving their car, fell asleep at the wheel. The young man noticed they were veering off road a tad and quickly awoke his sister. It would have been a better idea for him to grab the steering wheel, course correct, and gently awaken his sister instead. Hindsight is 20 20 vision sadly. What happened instead was his sister, being startled awake, veered them off road and they tumbled down the hill several times. When they stopped the car was up on its right side. The passenger side.

While they were driving back to school from their family's Thanksgiving festivities they were caravaning it with their older brother and his small family. They horrifyingly witnessed this disaster. His older brother parked his car on the far side of the road and ran down the hill to see if he could help. The younger sister crawled out of the open window on the left pointing up side of the car falling down. The older brother didn't stop for her though. The older brother ran to the top part of the left side up car. There he terrifyingly found what looked like a dead corpse of his younger brother with the car on him smashing his legs, while his skin looked dead.

Since I am writing this bio for all of you reading this about me I can happily I say I did survive that experience. Though I have been living through quite a bit of trials in my life and it hasn't been easy. At first I was diagnosed with being a wheelchair bound cripple for the rest of my life. But after some near death experiences in attempt to fix my crippled left leg due some massive brain injury I can now walk again! Albeit with either my cane or my trusty walker. And it is a SERIOUS upgrade from being trapped in a wheelchair 24/7 365 days a year. I tell you what!

More stories about my life's struggles will come later. As I obtain folk who enjoy my writings. And if you'd like to hear more from me, on a regular basis, here is a link to my own blog about the mad machinations of an ADD Christian on his thoughts of modern day life. Fun!

I just find amazing wonderful things you find in nowadays and chat about those! Mostly in a random ADD thought process way. But I will say they are entertaining at least!

Now here is a news article in the newspaper of Douglas Wyoming. A place I lived before that took an interest in the trials of Brett's life. So basically proof of my car accident to all you doubters out there.