Challenge of the Dragon 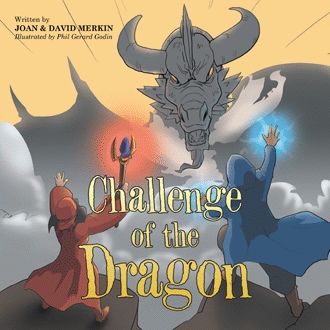 Long, long ago, when magic ruled the Earth, and wizards and dragons roamed the land, there was a kingdom called Alestria. Alestria was a beautiful kingdom of rolling hills and majestic mountains, lush green valleys and fertile farmland, crystal clear lakes and streams, and deep green forests. In the center of Alestria, stood the King’s castle, which was as shiny as gold, and was so bright it could be seen for miles. The people of Alestria were warm and friendly and were blessed with a wise and benevolent king. The king’s name was Vladimir. He was an old man who stood about six feet tall, with a pale complexion and graying black hair with a beard to match. King Vladimir had two children, the twins Prince Valerian and Princess Alisia. The Prince was just a little taller than his father, but he was as brave as a lion, sly as a fox and very handsome with his blue eyes and strong body. The Princess was slender and beautiful, and wherever she went the sun would shine and the birds would begin to sing, and all the boys of the kingdom wished that she would look their way. Clearly, the king’s wife, Queen Rena, had passed her beauty down to her daughter. But Alisia had also inherited her mother’s legendary grace and intelligence. But to both her children she passed on a special gift, for the Queen was a very powerful sorceress, and the children shared in the mother’s power. Before she died she called for her children, who were eight at the time, to impart her wisdom to them before she died. After she taught them as much as she could in the time she had left, she said to them, “My children you must always take care of each other, for though you both have the knowledge of magic and sorcery, only when you work together will you never be defeated.” Then she opened a little box and took out the contents from within. In her hand she held two golden rings, each had a ruby stone in the middle of it, and on the inside of each band was written a word. Then the Queen gave one ring to each of the twins. “These rings will enable you to take on any shape or form,” the Queen said, “All you need to do is say the magic word written on your ring and think of the shape you wish to assume. It will also give you many other powers. Use them wisely.” Her final words to them were “only use your powers for good and never evil.” Then closed her eyes and she was gone.

This is a fantasy adventure that follows the perilous quest of a young prince and princess that must battle the wicked dragon that has cursed their beloved kingdom. Together they must battle their way through the unknown and evil thrown at them to their ultimate and final battle with the dragon that is killing their kingdom.

Long time fans of Fantasy and magic adventures. Joan is a recruiter with degree in child psychology, David is a Attorney, who has been published in legal publications.