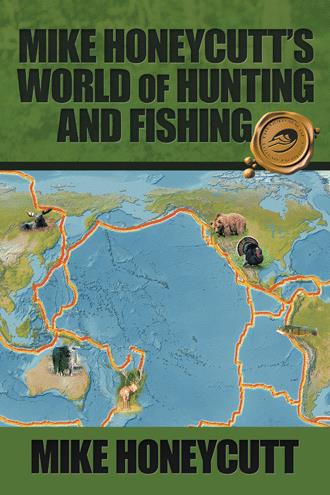 The stories in the book are based on real experiences and travel to remote areas around the World. The unusual land mass ,terrain , people and animal species make every country different from its neighboring country someway. This book acknowledges these differences and the natural disasters such as the Volcano in Iceland that can shut the World down with one event. We were standing New Zealand on the other end of the Ring of Fire and the Ocean Water was climbing plus the fact that planes were grounded around the World due to the dangerous ash that could damage their engines. But as you will read in the book one event is not enough to stop travel to remote places . The book touches all of the continents but there are many animals and places yet to see. To move weapons and gear from country to country takes a lot of planning as well as meeting people at the airports at exact timing to go into areas that require hours of travel even tho you have been on a plane already for many hours. The worse thing that happened on a long trip north of The Himalayas was that I stepped on some ones sandwich in the dark. Food was short and I couldn’t tell him that I saw his sandwich on the ground as we got out of a van. 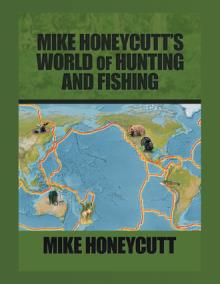 For author Mike Honeycutt, there’s nothing more exciting than a remote trip with great scenery. In Mike Honeycutt’s World of Hunting and Fishing, he shares a travelogue that speaks to his passion for traveling the world to exotic locales to hunt and fish for unusual animal species. Based on his extensive travel experiences, Honeycutt narrates stories from all over the world on all continents. From the savannas of northern Cameroon to the jungles of southern Cameroon, and from the mountains of the Rocky Mountains in the United States, to a Himalayan tahr hunt in the mountains of New Zealand, he describes an array of real-life experiences and excursions. He tells about bird hunting in Argentina, turkey hunting in Old Mexico, and looking for the Gobi Argali Sheep in Mongolia. From airplanes to snowmobiles, to boats, horses, jeeps, four-wheelers, and pickups, Honeycutt has traversed the world experiencing an array of terrain, cultures, religions, food, and personalities. He offers insights into his travel in Mike Honeycutt’s World of Hunting and Fishing.

Mike Honeycutt enjoys traveling around the world looking for exotic trophies and spectacular scenery. He lives in remote South-Central Missouri near a national forest with his dog and a cat.