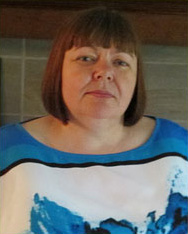 Carolyn Bennett: A Life Found from a Life Lost

Put bluntly, paranormal investigations can be “long and tedious” and “very uneventful.” But that never stopped Trafford author Carolyn Bennett from braving the humdrum in the hopes that one day, a minute yet irrefutable piece of evidence would come and shed light on a realm that has, for the most part, kept itself entirely in the dark.

In her book, Coast to Coast Paranormal Investigations: The Journey Underneath, Bennett continues her quest for veritable proof through the adventures of her lead character, Leigh Macleod, with whom she shares certain traits and circumstances: Macleod's life was practically culled from the tragic life events that befell Bennett, one that started when her husband was diagnosed with terminal cancer.

“The experiences with the death of the character’s husband and the financial and emotional turmoil that followed were based on my personal life experiences. I think her passion, her love for investigating, her fear of loss, and her love for her friends reflects me, my strengths, and my insecurities,” shared Bennett.

Jokingly, Bennett shared one glaring difference between her and the character she created, “No, I did not win the lottery!”

She explained that her interest in the supernatural started on a tame note and her incipient curiosity developed passively, having lived with a family that was far removed from the subject and barely attuned to the paranormal realm.

“However, my true desire to understand the paranormal and whether or not we can communicate with spirits on the other side almost became an obsession when my husband was diagnosed with terminal cancer. I needed to know if there was something more. Before his passing, he promised me he would always be watching over me and would attempt to communicate with me,” narrated Bennett.

Fascination quickly turned to action as Bennett joined a team of paranormal investigators just like the ones on popular TV shows like Most Haunted, Paranormal State, Ghost Hunter, and Ghost Adventures. She was quick to point out though that they are not “ghost hunters.” Rather, they are investigators that routinely spend six to eight hours just sitting in the dark, hoping to catch something.

“We help local families who are concerned about something in their home. It may be affecting their lives or scaring their children. We come in and set up for a full investigation, just like you see on TV. We use the same equipment and the same techniques.”

“If we do have an experience or catch a voice on our recorders or cameras, we do our due diligence to try to determine if there is a natural explanation for it. We do not take every sound we capture or shadow we see as something paranormal. We look at every possibility and then test them. Only after we exhaust all possible natural explanations would we even consider a piece of evidence as possibly being paranormal.”

Sadly, that career proved to be short-lived for Bennett as she had to come to terms with her own financial difficulties and time constraints. The decision caused her heartache and deep pain.

“I hated having to resign from paranormal investigating. It broke my heart. I felt it deep. At that time in my life, the financial stresses were building. I was working long hours and almost every weekend, which is when most paranormal investigations occur as most investigators have full-time jobs. I knew I could not give our team the commitment of my time; work schedules just got in the way. Not wanting to be deadweight on the team, I resigned so they could find another investigator that could give them the commitment. I was lost. I felt like I let go of a piece of myself,” Bennett recounted with more than a tinge of sadness.

But for Bennett, redemption was not too far away. At that time, she was struggling to keep her obsession with paranormal investigations in check but rerouted that passion into penning stories about the subject. She had the understanding of the practice, the unrelenting drive to do it, and the creativity to make it seem more exciting. So boldly she said, “Why not?”

“Once I had that mind frame, the story lines for the first three books just seemed to explode. I would get home from work around 10:00 PM at night and write feverishly until 3:00 AM. I had to. If I didn’t get the stories out my head, I would not be able to sleep for fear they would be lost. Once a story line was down, I would try to visualize it, like a movie scene. I could see how it played out in my mind. From there, I could tell if a scene needed to be modified. I used to kid that I have an entire movie based on book 1 in my head! In total, it took me a year to write all three books.”

More than anything, penning the stories helped Bennett cope with her personal struggles and after some time, she found that she could flourish in this newfound career as raconteur.

“In some ways, that part of the book became therapeutic for me. It allowed me to put some closure on that part of my life and seemed to open the door for me to be able to move on with my writing.”

Taking cues from her literary inspirations, Sue Grafton and most importantly Beth Kery, Bennett is now on her way toward establishing her own niche in this thriving industry. But regardless of how far she goes on this journey, she relates that the overwhelming joy of seeing her manuscript in actual print can never be replicated.

“The day my author sample copies came in the mail, it was like opening a package that held all your dreams.”

Bennett said that the first book was just to whet the readers’ appetite. An entire buffet is set to come out soon with even more twists and turns to the saga of Leigh Macleod.

“Books 2 and 3 are done, in draft, and I hope to have 2 published by the end of the year. I am also working on the outline of book 4, which I have not decided yet if it will be the end of the series or if I will make the jump from paranormal to supernatural or blend the two,” she said.

Bennett also dished out some advice for writers who are looking to make the next big step in their careers.

“Don’t give up. It’s a crazy process full of ups and downs, highs and lows. There are times you will doubt yourself or your book. It still happens to me with book 1 even though it’s already published. You can do it. Just take that negative energy and turn it around and use it to your advantage. When you feel like you can’t do it, you have to tell yourself that you can. The only thing worse than publishing a book that is not successful is not publishing your book at all. I would rather have gone for my dream even if it failed, than never have taken the chance.”