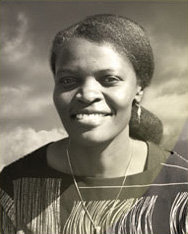 Young minds are considerably vulnerable at the hands of authority figures and the media. Florence Akumu Juma knows this all too well, given the events that followed the disputed general election of Kenya in 2007, which plunged the country into bloodshed and declared President Mwai Kibaki the winner despite accusations of large-scale rigging and number inflations.

Juma’s theological qualifications have seen her work with a diverse group of children across Africa and Canada, both formally and informally as an educator and minister. It is this vocation that has instilled the rational and inquisitive heart that was cultivated at a young age while growing up in Kenya. Subsequently, Juma’s prudence led her to publish a unique and intelligent children’s book, Resuscitating Kenya, in order to provide an alternative method to encourage positive decision making in our youth.

The book illustrates the positive aspects of Kenya and its people, while condemning the fact that this positivity can easily be lost when constructive dialogue and peaceful co-existence is ignored.

It outlines the aforementioned events that followed the disputed 2007 Kenyan general election from the perspective of a child. Using a health-care system as an analogy to detail the violence, displacement, and loss of life, Juma responds to the discouraging images and information that occupied the media during the two-month crisis.

“Are these acts of violence instigated by political, religious or could it be tribal conflict? The general population find themselves taking sides and expressing their opinions on each position. This situation is threatening to polarize the country along political and to some degree religious and tribal lines.”

Juma feels strongly about the hostility brewed during a time when an approach to promote unanimity and rapport was the only resolution.

“This seems to be the perfect recipe for generating an atmosphere of animosity—a poisonous atmosphere indeed. The atmosphere that needs to be avoided by all means, because it has the potential to render a country helpless while plagued by the toxic words and behaviours of its own leaders.”

Juma is hopeful her book will help children understand the value of democracy and the power of words over violence.

“There is always hope when people work together and not give up. Dialogue is better than fighting. My goal continues to be nourishing young minds and helping make sense of the many volatile political situations challenging different nations today.”