BOTH HANDS BEFORE THE FIRE 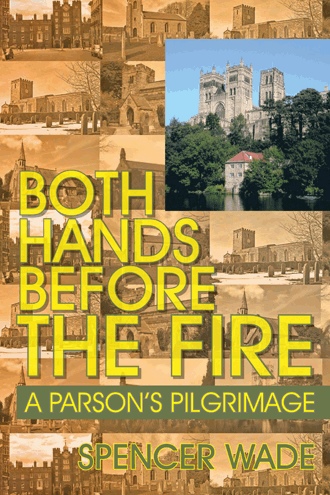 West Auckland (originally the Prince Bishop of Durham’s “West Oakland” or hunting ground) is, or was, a small mining village in the heart of the Durham coalfield. Now nearly all the pits are closed. Life in our village at the end of the nineteenth century, so far as I can recollect, was by no means easy. Its denizens were poor, ill-paid for their soul-destroying work, rough and wild, many of the miners being given to gambling and excessive drinking. They were badly housed, not too wisely fed, and quite indifferent to what went on in the outside world. My own first interest in the world beyond the bounds of the village was the outbreak of the Boer War, in October, 1899. I was then eleven years of age, and attending West Auckland Church School, now a Boy’s Club. My family each week came by a copy of the Illustrated London News. The war pictures in it used to thrill me, and I took a fairly intelligent interest in the progress of the various battles and the commanding officers Lord Roberts, of Afghan fame, Kitchener of Khartoum, General Buller, Lord Methuen & Co., which became household words. The relief of remote Mafeking, defended by Baden Powell, the destined founder of the Boy Scout Movement, sent us in the village into hysterics. Everybody went ‘a-Mafekinging .’ Only two men from West Auckland volunteered and were at once exalted into heroes. When they returned home, safe and sound, we all went mad again. One of these men, William Oats, after the war, married my sister Sarah, and returned with her to South Africa to earn his living, and there, after rearing a family, died. My father, Wilson Wade, was a deputy over-man in our Townsend pit, and later managed a small landsale colliery. I was only four years of age when he died in a typhoid epidemic. I remember vividly being taken out of my cot by my sister Jane, and catching sight of my father’s dead body as we passed his open bedroom door. It meant, of course, little to me, but a few days later, when the funeral took place, I was wildly excited and thoroughly enjoyed all the fuss and palaver, particularly being held in someone’s arms and shown the cortege as it moved off with its prancing horses. Later in life I had many talks with my mother about my father. He was acknowledged, in his day, to be a well-informed master-miner, his advice being sought after by colliery officials far and near. He was a persona grata amongst his men, who, in those days, were an unruly crew. But Wilson Wade was the boss and they knew it. Of a fiery temper, which, I fear, I inherited from him, though later in life I managed to curb it, he was, nevertheless, hail­fellow­well­met with, and beloved by his men. Years after his demise old pitmen often spoke to me of him in kindly terms, and the owner of the colliery which my father managed said to me, on the day on which I conducted his daughter’s wedding: “If you make as good a parson as your father was a pitman, you’ll do!” In politics my father was a Liberal and a great admirer of William Ewart Gladstone, and, curiously enough, of that rebel, eccentric Tory-democrat, Lord Randolf Spencer Churchill. My Christian name, Spencer, derives from the firebrand father of Winston Spencer Churchill! I am confident that my own liberal tendencies in politics and in religion are hereditary. In my ministry, I have avoided party politics on principle; yet I still cherish a hope that the Liberal Party will one day be resuscitated and come back into power. I am a lover of the via media. So far as my theological views are concerned I prefer the term liberal to modernist. I remain a profound lover of the past and see far too clearly how much we all owe to it to be enamoured of the term modernist. I wholly endorse the fine paragraph in Bishop Lightfoot’s sermon, preached in the Cathedral Church of St. Nicolas, Newcastle-upon-Tyne, in the Octave of the Dedication Services on November 10, 1887, the year before I was born: The prosperity of the church, as of a Nation, depends largely on its connection with the past. Progress is not severance. A healthy Church is not indeed the slave, but it is essentially the child and pupil of the past. The accumulated lessons of its bygone history are its rich inheritance, lessons learnt alike from its failures and its successes. I would advise Anglican clergymen, young and old alike, to “Look unto the rock whence ye are hewn” (Isaiah 51:1). Furthermore, my father was an agnostic. He must have had some love for books, and been interested in religion, though the only book I ever found at home was The Authorship and Authenticity of the Bible, by Charles Bradlaugh, the freethinker. This volume took the place of the Bible in my home. On its fly-leaves were written in a good hand, our family records of births and deaths. I was too young to understand the tome when I first came across it, but since have come to accept nearly all its findings, though I would express myself differently nowadays. My dear mother, Sarah Anne Wade, had no connection with the church until after my ordination, when she was confirmed and became a regular worshipper. All my sisters were adherents, but my two brothers had no use for the church at all.

Spencer Wade was born in March of 1888, into a mining family in the village of West Auckland situated in the Durham coalfields. Following the death of his father, a deputy over-man at the Townsend pit, his family fell upon hard times. Spencer, his two brothers, five sisters, and their mother struggled to survive. Eventually, at the age of fourteen, Spencer joined his brother Wilson down the pit of the local mines. He, like his siblings, did his part. After several years as a young miner, Spencer’s fate took a turn. As the result of an interview with the Anglican bishop of Durham, he was identified by as “promising.” The young man was sent to Macclesfield Grammar School and then to Manchester University, where he distinguished himself with a classical honours Degree. Soon after, he was ordained and went on to serve as a clerk in holy orders in over a dozen country parishes. His career was punctuated with a number of interesting diversions and highlights: as a young man, he worked with William Temple on the Life and Liberty Movement; he preached twice to King George V; and he served as a chaplain in the RAF and for the High Sheriff of Northumberland. Spencer Wade went home to the Lord in 1976, after a long and distinguished life of service to others. This, his autobiography, offers erudite reflections of faith and a delightful and candid glimpse into the life of an ordinary country parson, whose life was anything but ordinary.

Spencer Wade, MA, (1888–1976) was born to a Durham-dialect speaking Auckland mining family. As a result of education provided by the Anglicans, he earned a classical honours degree. Spencer grew to love the English language. He rose to the rank of rural dean and preached twice to King George V.