Hell of a Way to Run a Railroad 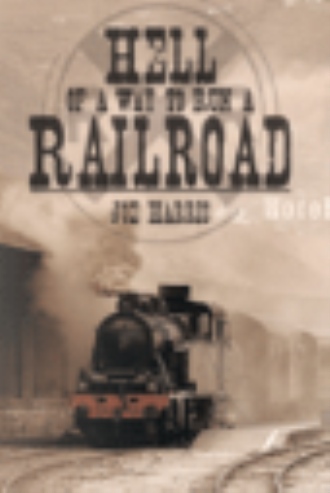 My letter was published a day after the mayor of Liberty had his published, chastising the paper for referring to his citizens as “Local Yokels.”What I wrote was this, “You had a lot of fun with this train- egg truck collision the other day. You must have thought it was amusing, but we train crew members take it serious. The truck driver could have lost his life, but he just lost his job.If you think that was funny, you’ll die laughing at this. I was driving a train at night out of Burlington, North Carolina going uphill at 20 MPH. I saw what I thought was a box on the rail, but when I got closer, I saw it was a man sitting on the rail. When I sounded the whistle for him to get off the track, he just fell forward. When I hit and killed him with the train, I smelled alcohol and blood.I was coming out of Mebane, North Carolina at 49 MPH and I saw a car stalled on the tracks. The driver did not try to get out of the car nor get his car off of the tracks. I hit him with the train and he died on the way to the hospital. His daughter was on a school bus behind him and she had witnessed her father being killed by the train.I was coming around a curve in Thomasville, North Carolina at 50 MPH. A Volkswagen was reported to race its engine to beat me to the crossing. I hit the vehicle in the passenger side of the car, knocking the car into a signal mast, knocking it down. The train stopped about a mile down the track, and when the train crew members went back to the collision, they found a three year old girl dead in the passenger seat.Instead of being a source of entertainment, we have the Sunday comics for that, you could be a source of education to teach people to Look, Listen, and Live®.”

Early in Joe Harris’s railroad career, one of his supervisors told him, “You have to blow your own horn; nobody’s going to blow it for you.” Harris tried to live by these words. And in this memoir, he also describes blowing a horn of another sort—that of a railroad engineer. Hell of a Way to Run a Railroad recaps Harris’s thirty-six-year stint working on the railroad—from his debut as an electrician’s helper in 1969 with the Burlington Northern Railroad to becoming an engineer in 1974. In his thirty years working as a locomotive engineer, Harris hit twenty vehicles and killed three people with the train. With a focus toward safety, Harris discusses becoming a volunteer presenter with Operation Lifesaver, a program designed to help save people’s lives around railroad tracks. Including a comprehensive glossary of railroad terminology, Hell of a Way to Run a Railroad presents a fascinating look into the many and varied facets of working on the railroad with both passenger trains and freight trains—from the interesting locals to the quirky co-workers.

Joe Harris worked on the railroad for thirty-six years, thirty as a locomotive engineer. He became an Operation Lifesaver presenter and has given more than 650 presentations. After retiring from railroad work, he attended Rowan-Cabarrus Community College. Harris lives with his wife, Bonnie, in Salisbury, North Carolina.